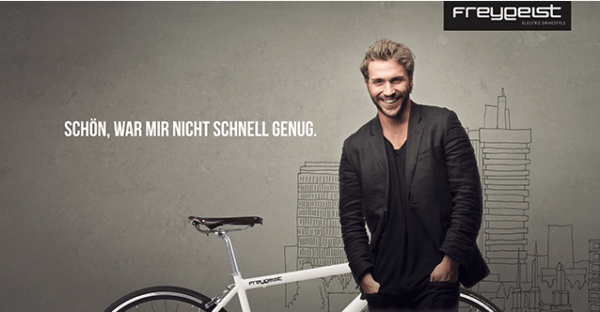 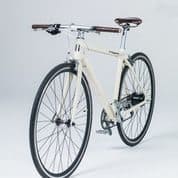 Freygeist has developed a globally unique e-bike that combines all advantages of a modern e-bike with the design and weight of a conventional bicycle for the first time. Freygeist is one of the first companies to focus on the promising global market of urban mobility. A weight of 12 kg without any negative effects on motor power or reach is not enough to the three young entrepreneurs behind Freygeist; they also want e-bikes to overcome their shopworn image and to combine driving pleasure with aesthetic design. Through a crowdfunding campaign on Companisto, the start-up now wants to raise capital for the start of its series production.  Freygeist’s crowdfunding campaign on Companisto began today, swiftly raising over 68,950€ of its 200,000€ goal with the help of over 110 investors.

“The start of the series production of the Freygeist e-bike is our first step toward the future of urban mobility. Our true potential, however, lies in our technology roadmap for the next few years,” the Freygeist team explained. In order to meet demand, the company now has to finance the production of the first batch, which requires additional capital.

Through its crowdfunding campaign on Companisto, the German market leader in equity-based crowdfunding and one of Europe’s leading crowdfunding platforms, investors will have the opportunity to invest in Freygeist and in the global growth market of e-bikes.

A year and a half ago, the three Austrians Martin Trink, Stephan Hebenstreit, and Usama Assi quit their jobs as a lawyer, engineer, and consultant and instead focused on putting their common vision into practice: shaping the future of urban mobility. That was how Freygeist was born.

“E-bikes in major cities will be a very important subject of the future. In bike lanes, you can bypass rush-hour traffic at only a fraction of the costs of a car. However, sustainable solutions will only succeed if they are fun as well. Established manufacturers have not started focusing on the fast growing market segment of ‘urban professionals’ yet, which is something we want to change through Freygeist,” said Martin Trink, one of the company’s managing directors. 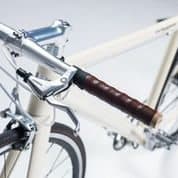 This urban target group with an affinity for design is faced with unattractive and hefty e-bikes that do not reflect its lifestyle and needs. Thus, the Freygeist e-bike combines state-of-the-art technology with the minimalistic design of a conventional bicycle.

After today’s official crowdfunding campaign launch, the Freygeist team will hit the road and begins its tour of Germany’s largest cities, enabling investors and enthusiasts to meet the team of founders and test-ride the Freygeist e-bike.  Stops are planned for the following German cities: 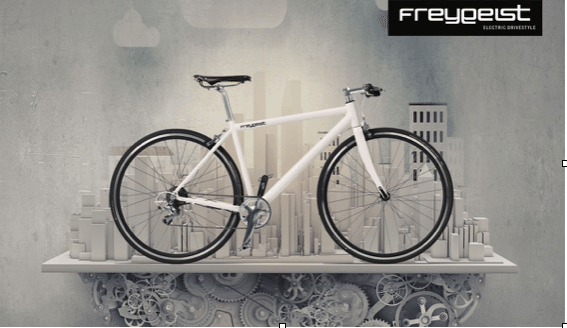 In addition, rewards are offered with shares for Freygeist backers, including an exciting all-day Freygeist bike ride through Vienna together with the company founders for a 2,500.00 € investment,  one of the first 49 mass-produced Freygeist e-bikes (with a unique serial number) for a 5, 000.00 € investment and the FREYGEIST PERSONAL:  a flight to Vienna (from anywhere in Europe), two nights in the 25hours Hotel in Vienna, a personal meeting with the company founders, and a tailor-made state-of-the-art FREYGEIST bike with the best technology money can buy and a total weight of less than 10 kg. 25,000.00 € + investment.  Nicht schlect!