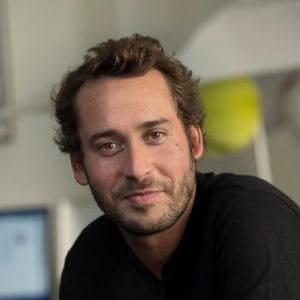 France is home to the Pan-European reward-based crowdfunding platform Ulule. Ulule started in late 2010. Since then, it has collected nearly €29 million and recruited more than 650,000 members. In the neck and neck competition to stay ahead of its rival KissKissBankBank and to defend the European turf against the increasingly visible US behemoths, Kickstarter and Indiegogo, Ulule is following its own, unique strategic path: staying focused on rewards-based crowdfunding, catering to international audiences, and developing the potential of crowdfunding as a bottom-up communication and engagement tool for brands.

We spoke with Arnaud Burgot, CEO of Ulule, about the Ulule way.

Therese: Ulule is a successful pan-European reward-based crowdfunding platform. What about the growing competition, in particular from US competitors like Kickstarter?

Arnaud: Ulule is indeed doing very well. We’re attracting 1,000 new members per day. To date, Ulule has collected 29 million euros, including 13 million euros in 2014 alone. Our 650 000 members have successfully funded nearly 8,000 projects. In January, we launched Ulule in Dutch, our seventh language. Apart from KissKissBankBank, none of our domestic or European competitors is truly international and multilingual. In spite of rumors to the contrary, Kickstarter hasn’t yet set up a French office, and it does not have an online presence in any other language besides English. 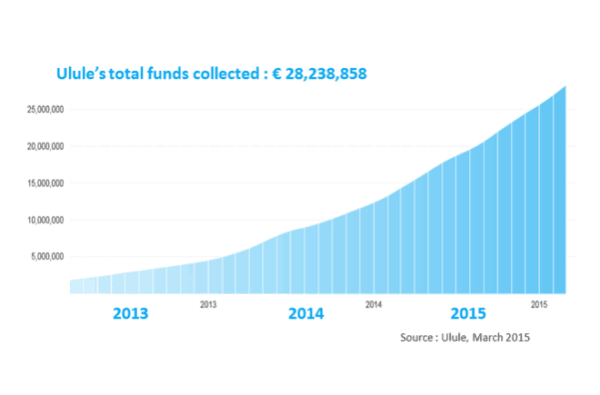 Localization is but one of our competitive advantages. Differentiation is at the heart of our strategy. We are not interested in being a me-too of US rewards-based crowdfunding platforms. Many European reward-based crowdfunding initiatives were clones of Kickstarter and IndieGoGo that were not properly executed and failed. Now the two majors are quite entrenched in English-speaking countries. That’s why we focus on growing non native-English-speaking audiences. 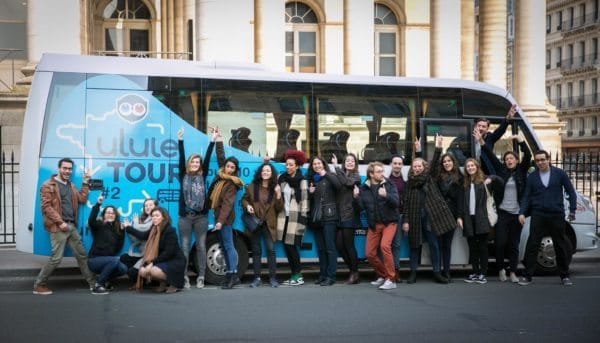 We present a greater diversity of project categories than other platforms. Creative arts such as film, music, and publishing do make up the bulk of the funded projects. But we support farmers and technology entrepreneurs as well. Unlike Kickstarter, we also include charity and causes into our offering. We have listed campaigns from charities like the Red Cross, the World Wild Life (WWF) fund, and many other less well-known philanthropic and civic organizations. We place the emphasis on positive value creation, rather than sheer creativity. This is the meaning of our motto “Make Good Things Happen”.

Probably the most differentiating element of our approach lies in how we vet projects and how we support project owners before and during their crowdfunding campaign. This is the reason why we achieve a 65% success rate, as a ratio of projects successfully funded to the total number of projects presented. This exceptionally high rate compares, for example, to a success rate of around 37% at Kickstarter.

Therese: What is special about how Ulule vets projects and supports project owners?

Arnaud: We submit projects to a thorough iterative review process. To start, the project creator submits a core pitch, which is accepted or rejected, according to the platform criteria of “collective interest”. If it is accepted, a “good idea manager” is appointed to follow up on the project. The project owner writes a full project draft, the content and form of which are then reviewed by the good idea manager. The campaign launches only after it has been Okayed. 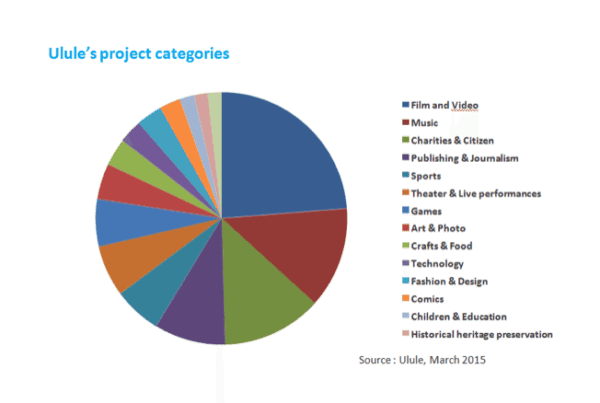 During this process, the good idea manager acts as a coach, asking the right questions rather than requesting specific changes.  Project creators generally need help in optimizing their fund raising goal, proposing attractive rewards, and, above all, in understanding the active role they will have to play in motivating their community to participate in the fund raising campaign.

We believe that our vetting process produces better quality campaigns, hence greater trust and a higher success rate. We brand it as a “Successfully funded on Ulule” label.

Some competing platforms let almost any project go through for the sake of attracting traffic. This short-term-oriented strategy brings about failures and scams such as smartwatch ventures and other gizmos that never deliver. In the long run, this undermines the public’s trust in the entire sector.

European audiences are less forgiving that the US public. They justify our approach. 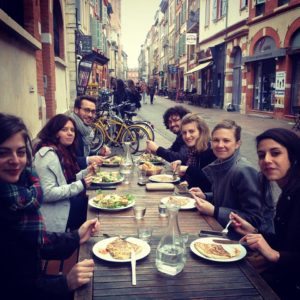 Therese: Where do you see growth opportunities for Ulule?

Arnaud: We want to grow and deepen the concept of rewards-based and donation-based crowdfunding. 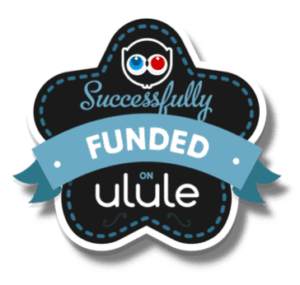 As an example of a large corporation using crowdfunding : we helped BNP Paribas, the Nr1 European bank brand, to involve its employees in the selection process of innovative projects created by female entrepreneurs who are raising money through crowdfunding. As a result, the bank’s initiative in favor of diversity and innovation gained in visibility and created a higher level of engagement inside and outside the company.

In the same vein, media and other brands can become Ulule’s “Official Users”. They can create a selection of projects that they want to fund, or simply support, and promote them on their interfaces, using our API.

Corporate philanthropic foundations and corporate social responsibility (CSR) initiatives generally get little exposure for their efforts, beyond maybe a plate engraved with the name of the company. Supporting Ulule’s crowdfunding projects trough co-funding, grants or simply by giving them additional visibility allows these corporations to source interesting new projects, to reach out to the public and better understand their audience’s expectations.

It’s a bottom up approach to CSR, sponsoring and philanthropy, a complete change from the old school patronage. It requires that foundations and CSR management accept to (partly) relinquish control to “the crowd”. It’s not easy but it brings more visibility, more engagement, and a much higher overall return. 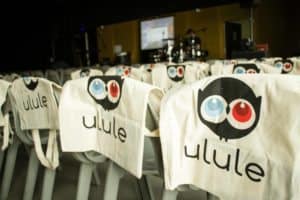 Fund raising with classical tools is dying.  Classical charities that are collecting 80% of their donations through paper mailings generally have a majority of donors aged 50 or older. They urgently need to rejuvenate their base of recurring backers. Crowdfunding enables them to get acquainted with the digital culture and to address the digital generations. For example, crowdfunding campaigns for the restoration of heritage buildings have enabled the VMF Foundation in Paris to lower the average age of its donors by more than 10 years.

Therese: One last question: where does the name Ulule come from?

Arnaud: The name Ulule refers to the hoot, the sound made by owls. Owls are a symbol of wisdom, they can see in the dark and their acute hearing locates preys with great precision. And they look cute! In short, they’re a good icon for crowdfunding.