Founded by Matthias Graf Lambsdorff, Hamburg-based food4fans specializes in the sale of sweet and salty snacks for soccer/fussball fans. Licensed by soccer clubs such as FC Bayern Munich, Borussia Dortmund, Hamburger SV, and FC St. Pauli, the start-up sells its products via established retail chains like Edeka, REWE, and Metro.  Seeking to raise at least 50,000€ by 14 August on Companisto, food4fans has quickly garnered the support of over 67 backers who have invested over 34,350€. 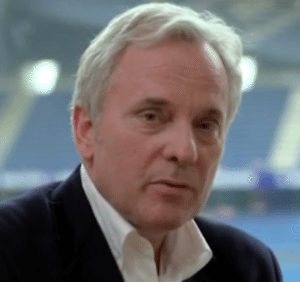 According to the campaign, “Each year, German Bundesliga clubs sell a growing number of merchandising articles… The clubs’ merchandising business is experiencing steady growth, and the Bundesliga clubs surpassed total revenues of €250m for the first time in the season of 2013/2014. food4fans is aware of this development, and in November 2012, the company started a business model that is so simple that it makes people wonder why nobody has thought of it before.”

As early as in 2014, food4fans posted revenues of €300,000; the startup is valued at  1,800,000 €. Food4fans’  business model enables clubs to market their club colors and logos through a range of branded snacks. Food4fans believes that the range of snacks is sold not only via the limited number of fan shops and via the online stores of the clubs, but also via established store chains such as Edeka, Rewe, Kaiser’s, Coop, the Metro Group, and other sales channels, such as beverage stores, kiosks, gas stations, drug stores and hardware stores. 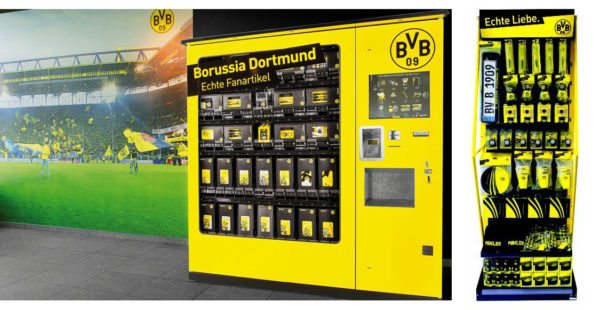 This business model is lucrative not just for food4fans, but also for the clubs, who have a vital interest in attracting more attention from their fans in the grocery sector. Food4fans seeks to take advantage of the growing merchandising revenues in the 1st German Bundesliga division –which have increased by 278 % over the last 10 years — and the corresponding demand for a team’s products.

Within only a few months 13 Bundesliga clubs have signed international agreements with food4fans, including FC Bayern Munich, Borussia Dortmund, Hamburger SV, VfB Stuttgart, 1. FC Köl and also teams from the 2nd Bundesliga division including FC St. Pauli. Clubs from abroad, such as Champions League participant NK Maribor from Slovenia, purchase products directly from food4fans.  In addition, food4fans is currently negotiating with clubs from Turkey, the Netherlands and Denmark.

Food4fans’ business model allows them to explore a number of growth opportunities in various sectors with its 130+ different products, such Rammstein gummi snacks in the music industry.  Where there’s a fan, there can be food4fans! More more detailed financial information about food4fans, registered Companisto investors may click here.