Goodwill Industries of Central Florida recently launched a crowdfunding campaign for its “Solar for Good” initiative, which is aimed at generating sustainable energy by installing rooftop arrays at nine of the nonprofit’s locations. The nonprofit expects to save nearly $9.6 million – and divert nearly 41,000 metric tons of carbon dioxide from the atmosphere – over the next 25 years through the program.

Goodwill spends more than $750,000 annually on energy at its retail stores, job connection centers and donation express locations in Orange, Seminole, Osceola, Lake, Volusia and Brevard counties. Defraying these costs will allow Goodwill to provide job training and placement programs to an estimated 14,000 more Central Floridians by 2040. As part of Goodwill’s Made in America initiative, the solar arrays will be manufactured in the United States. 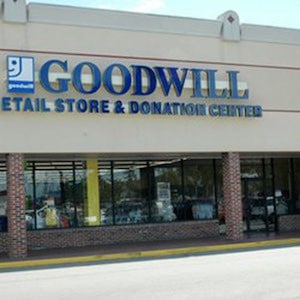 Earlier this month, the organization unveiled a 14,000-square-foot solar panel system installed on the roof of our Waterford Lakes store. As part of Goodwill’s Made in America initiative, the 580-panel system was manufactured by Suniva in the U.S. and will provide a sustainable energy source – meeting an estimated 76 percent of the store’s annual electricity needs. The cost savings will allow Goodwill to reach more Central Floridians with services that help them find meaningful work.

To lead all its energy conservation programs, Goodwill Industries of Central Florida recently hired Robert McLaughlin as its first chief sustainability officer to lead its energy conservation programs, including Solar for Good. An eco-entrepreneur with roots in Central Florida, McLaughlin pioneered sustainable agriculture efforts in Latin America and California prior to joining Goodwill.

“Goodwill has established a long history of social responsibility by selling donated items  to fund job opportunities for people in need. Becoming more eco-friendly is a natural next step, and I’m proud to serve the community through this effort.”

“Robert’s leadership will be invaluable as Goodwill expands our solar initiative. We’ve seen promising results at our Waterford Lakes location – and with our community’s support, Solar for Good will help us reach more individuals with disabilities, limited work history and other barriers to employment.”