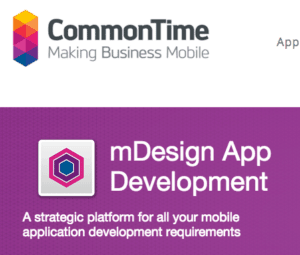 That most people keep their mobiles with them at all times is not a surprise.  As one might expect, the mobile market is enormous and growing rapidly. Gartner, a leading information technology research and advisory company, has estimated that there will be 20 billion connected mobile devices worldwide by 2020, with companies increasingly adopting a “mobile first” strategy, therefore requiring help to efficiently meet all their needs for going-mobile.

CommonTime has spotted an opportunity to capture market share by offering a simple solution to the problem of mobilising cross  platform applications. Competitive approaches are typically overly complex, almost always requiring an IT specialist on hand, and require different apps to be built for different devices (iPads, android phones, windows laptops, and so on). 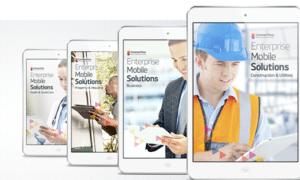 In its SyndicateRoom campaign, CommonTime ensures customers can make, mobilize and manage their cross-platform mobile applications faster and more competitively than by any other approach its mDesign platform.  Seeking to raise £749,997 for 7.69% equity offered, CommonTime has already crowdfunded more than £629,085 for its £9,001,511 pre-valued company.

CommonTime’s mDesign is unique in the market offering a high level of functionality combined with unrivaled ease of use as a result of its drag and drop interface and compatibility across all devices. Apps can be rapidly and cost-effectively changed as customer business processes develop, allowing the customer to take control of its mobile strategy going forward. Once implemented, CommonTime’s solutions are very sticky. The company boasts customer renewal rates of over 90%.

The 2011 Rolls-Royce Innovative Business of the Year’s mDesign revenues increased from £0.4m in 2012 to £1.7m in 2014 – over 100% per annum. Its largest customer, Carillion, has adopted mDesign as its corporate platform for mobile applications. CommonTime’s revenue from Carillion increased from £125k in 2013 to £375k in 2014, and this is forecast to increase to £600-700k in 2015. Carillion is currently rolling out a number of apps, including a complex field service management application and a health and safety reporting app to be rolled out to all 40,000 of Carillion’s staff. This demonstrates the huge potential that can be built upon with major accounts. 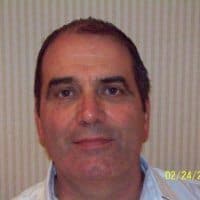 Good traction has been achieved in a number of vertical markets including construction and facilities management, transport and logistics, health and local authority management and social housing. CommonTime has the opportunity to scale within these key markets and to develop further into new markets such as finance and pharmaceuticals.

In addition to receiving the 2011 Rolls-Royce Innovative Business of the Year, CommonTime received the Derby ‘Enterprise Growth Fund’ loan and grant package in 2011 and the Derbyshire and Notts Chamber of Commerce ‘Innovation through Technology’ award in 2011. The startup was also one of 12 small tech companies to be shortlisted from over 5000 entries in the annual national TechMarketView ‘Little British Battler’ competition in 2015.

For more financial and campaign details, registered investors may click here.  The startup’s SyndicateRoom campaign ends at midnight on 29 June.