Following his unethical actions during the recent elections, UK voters have taken to Indiegogo to raise 60,000 to remove Alistair Carmichael from his position as Orkney and Shetland’s Member of Parliament. 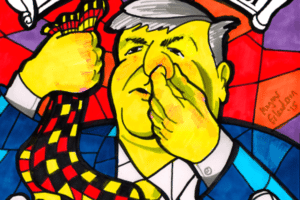 According to The Guardian, Carmichael admitted he was responsible for an election leak intended to discredit the SNP leader, Nicola Sturgeon. Following a Cabinet Office inquiry, the Lib Dem former Scottish secretary stated he authorized his special adviser to release a memo about a private conversation in which Scotland’s first minister purportedly said she wanted David Cameron to remain as prime minister.

The day after the story was published in the Daily Telegraph in April, Carmichael denied having had any involvement in situation:

“I’ve told you the first I became aware of this, and this is already on the public record, was when I received a phone call on Friday afternoon from a journalist making me aware of it.”

Recently, Carmichael offered an explanation as to why his statement wasn’t a lie:

“What was true was that the first time I had seen that document in its detail, in its text, was when I saw it published in the pages of the Daily Telegraph. The proposal came to me by my staff, who said this is what was in this document, we think it should be put in the public domain, we believe it is in the public interest that it should be put out there that there’s something different being said in public compared to what is being said in private.”

Now, those who are entirely against Carmichael are setting out to get out of his position by using crowdfunding. The People Versus Carmichael wrote: 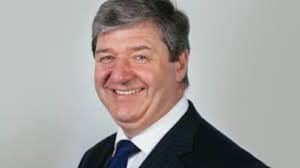 “The purpose of this crowd fund is to raise cash  for legal representation to  hold Alistair Carmichael accountable for his behavior before, during and after the election campaign. If successful we will raise an election petition in the Courts. This could begin a process which could have the recent result in Orkney and Shetland overturned.
“A significant amount of money needs to be raised quickly to make the action possible, but, as with all legal cases, there is no guarantee of winning. It could be closed at any point for any number of currently unforeseen reasons. We therefore commit to establishing a comprehensive program for distribution of any unused funds to Scottish foodbank charities.
“The petition has to be lodged within 21 days of the General Election, meaning by this Friday (the 29th of May). That process will cost in the region of £5,000 for each party. That only gets the process started. The case is extremely unusual and we may find ourselves facing three teams of barristers. Our lawyers have said, that if costs are found against us or we have to share them, we could be liable for something like £40-50,000.”

During a recent interview with CommonSpace, one of the campaign’s organizers, Tim Morrison stated that the constituents on the islands feel disappointment with Carmichael’s actions: 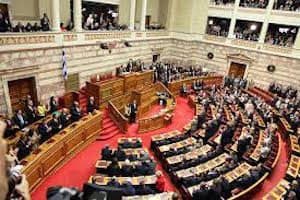 “The big thing is that as voters we feel let down by what he has done. It’s about his behavior, not anything else. This is not from any political parties, it’s from grassroots voters who are disappointed in Carmichael.

“I know a lot of Lib Dem voters who are saying they would not have voted for him if they had known about this. There were only 800 votes in it. If 400 had voted differently it would have been a different result.”

Since its launch on Monday, the campaign has successfully raised nearly 34,000 from over 2,000 backers.