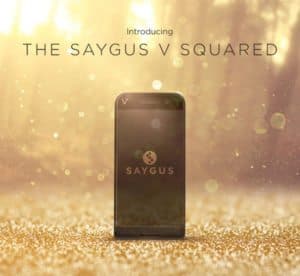 Despite its recent unkept promises and a band of skeptical Android users, Utah-based Saygus has recently launched an Indiegogo campaign to raise $1 million for its anticipated  mobile smartphone, V-SQUARED.

For those who don’t know, the V-SQUARED (also referred as the V2) has been a “big deal” for almost a year due to the constant hype from Saygus. It is described as a “massive disruptor in the smartphone industry.” It has 464 GB storage, wireless HD beaming, Harmon Kardon sound, 21 MP OIS Camera, Dual sim, and, of course, waterproof. The company stated:

“We are bringing you the world’s first no-compromise smartphone. Boasting 15 exclusive features and technologies new to the market in one device. The V-SQUARED features technology such as lag free wireless HD beaming, which allows you to wirelessly stream any content from your phone to any HDTV.  The V SQUARED has up to 464GB of localized storage, waterproof technology and much more.”

V-SQUARED claims to have 10 more exclusive features and technologies that are “new to the market”.

Is this a $600 smartphone dream come true? Maybe not.

Originally scheduled to ship this past March, Droid Life revealed that Saygus sent out an email explaining alway the persistent delays;

“are approaching time for you to receive your V-SQUARED and will notify you of your shipment soon!” 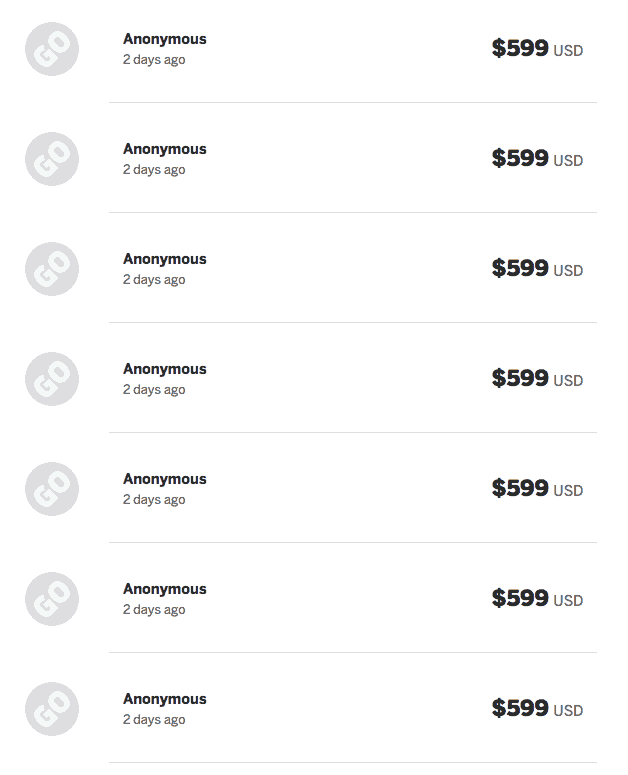 According to Droid Life, there was a gem in this email that announced an Indiegogo crowdfunding campaign, one that generated over 1400 backers – “in 22 minutes”.  Huh? So this is something worth reviewing. A crowdfunding miracle of sorts.

A few of the recent contributions look somewhat typical but then  a list of $599, anonymous contributions kick in. The total now stands well over $800,000. Hmmm.  These almost magical contributions have raised more than a few eyebrows.

Android Police is on the beat, as always. They are of the belief that Indiegogo allowed back ordering to occur.

“…it looks like over 1,400 people magically pledged money the instant the campaign went live. I’m sure there are some people who really want this phone, but more than $850,000 in the blink of an eye? When you look at the list of funders, it’s clear what’s going on. Indiegogo allowed Saygus to back-load the campaign with existing pre-orders. There are over 1400 “Anonymous” contributions from two days ago, long before the campaign launched. This strikes me as incredibly deceptive as it makes the campaign look much more popular than it is.”

There have been sufficient questions regarding the campaign for Saygus to say something in an update.  So far – crickets. 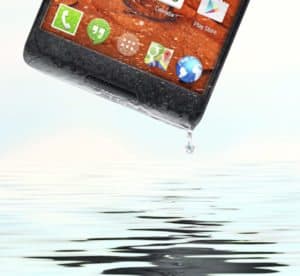 “…”we are looking at a “Fall 2015 shipment.” Yep, this schedule says that they essentially took everyone’s early adopter money to finally manufacture a real prototype, then spent three months dealing with partners who could make it, and will take June and July to “finalize tooling” before ordering parts. In August and September, they will test the phone and then ship it at some point in the Fall. So we have gone from March to “Fall.” Awesome.”

Their advice: ask for a refund.

As a flexible funding campaign, the money pledged is money contributed – immediately.  This means Indiegogo should receive a piece of each pledge.

Is there something sketchy going on? I really do not know but the appearance is more than a bit odd with the avalanche of anonymous $599 contributions.