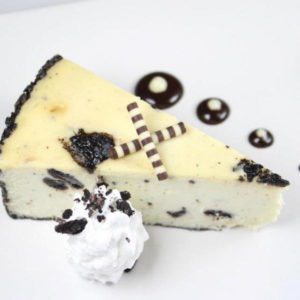 Lake Mary Cheesecake Company has announced its intent to test the waters on a possible Regulation A+ equity offer.  The complete details are not yet available but according to company representatives the funding round may raise up to $6 million  on a valuation of $18 million. Class A common shares may be priced at $8/share and include a 4% dividend.

The company has not yet selected an equity crowdfunding portal to manage the process. The company did indicate it intends to list on the OTC BB after closing.

According to a release, Lake Mary Cheesecake has been in business since 1999. It first served the Orlando, Florida area, starting with the retail market and expanding into a regional commercial bakery serving central Florida theme parks, convention centers, cruise lines, restaurants and hotels. It has now grown to also serve theme parks in Los Angeles and national grocery store chains. The margins for direct-to-consumer sales are higher than food service and retail sales. Lake Mary Cheesecake Company has plants in Riverside, CA and Altamonte Springs, Florida.

“We are thrilled to be embarking on a new adventure.  After all, we were pioneers in creating products without gluten and now we have 10 years of experience in making gluten-free products as a foundation to build on,” said CEO Michel Lefebvre.

Under Regulation A+ the company would be able to accept investments from non-accredited investors. The new exemption was part of the JOBS Act of 2012 and became actionable on June 19th of this year. If sufficient investors indicate interest in purchasing equity in the company, Lake Mary Cheesecake may then choose to proceed with the offer.

“We are eager to raise funds to expand our presence in Florida to include a certified gluten-free facility and establish a direct-to-consumer gluten-free cheesecake line,” stated Lefebvre. 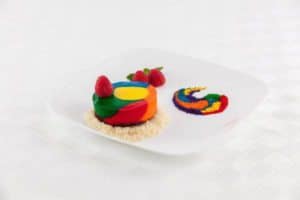 The company plans to acquire additional specifically-designated food handling, processing and storage equipment to support increased production, and will invest in Research & Development for its new patented cheesecake that contains a nutritional supplement to promote healthy blood sugar levels.

Regulation A+ has already seen several companies utilize the exemption to gauge investor interest.  WayBetter rocketed to over $10 million in indicated interest in days on SeedInvest.  Elio Motors stands at over $17 million on StartEngine today. Investor interest is not a binding statement by individuals but should be a solid barometer of the capacity to raise targeted amounts of capital.