Offering up his thoughts on crowdfunding, EquityNet’s Judd Hollas sat down with Arkansas Business to discuss the funding method along with the platform’s history.

During the interview, Hollas shared details about EquityNet: 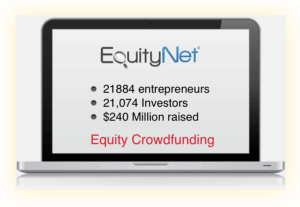 “Since 2005, we’ve been operating one of the largest business crowdfunding platforms, providing entrepreneurs from all industry sectors access to thousands of investors. Our multipatented software enables entrepreneurs to analyze and optimize their business plans before they engage investors. Investors and business supporters can, in turn, use EquityNet’s advanced technology to efficiently screen and analyze businesses to fund and support entrepreneurs.

“EquityNet has multiple revenue streams, ranging from subscriptions by entrepreneurs to volume licensing by large institutions like universities, incubators, accelerators and other government-based support entities. We also generate revenue by licensing our unique and proprietary benchmarking data for businesses.” 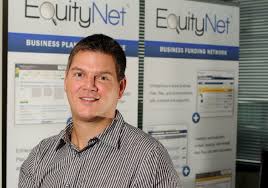 “Currently, only 5 million ‘accredited investors’ in America can invest in private companies. Title III, when implemented, will allow over 50 million “nonaccredited” American investors to invest in private companies. The SEC has issued its proposed rules for Title III of the U.S. Jobs Act and solicited comments, so the agency is working on it. To its credit, this is one of the biggest changes in securities law since the Securities Act of 1933, and it’s easy to underestimate how hard it can be to integrate a massive change like this into 80 years’ worth of rules, regulations and precedents.

“As to when the final Title III rules will come down? We’re expecting the first half of 2016. When Title III happens, EquityNet will be one of the first platforms in the country poised to help entrepreneurs raise funds from everyday Americans.”

Also revealing the “trends” EquityNet has been seeing, Hollas stated:

“The trends in our marketplace are quite similar to trends observed in public markets. For example, when oil and gas was hot in the public markets, it was likewise hot on EquityNet. The same goes for real estate. Given that EquityNet is a mass market platform with nearly 20,000 companies, it mimics what people see in public markets quite well in terms of trends.”

In regards to whether or not EquityNet is a competitor to “traditional forms of business financing.” Hollas added:

“It depends. An analogous scenario would be when E-Trade, Ameritrade and Fidelity emerged in the ‘90s, and as a result, there were winners and losers. For example, retail brokerage suffered at Merrill Lynch, whereas Web-based research companies like Morningstar benefited. So with crowdfunding, you’ll have winners and losers just like in the traditional finance world. In general, crowdfunding is superior to traditional sources of capital in terms of the cost of obtaining money, the time it takes to raise the money and the success rate. Crowdfunding is typically a cheaper, more efficient and timelier source of capital than traditional sources of capital such as venture capitalists and banks.”