AvantCredit, one of the UK’s fastest growing marketplace lenders announced that it has provided GBP100 million in loans in the UK market since launching in October 2013.  The company, which has issued nearly 35,000 loans in the UK to date, uses innovative technology and machine-learning algorithms, alongside “big data” to assess the creditworthiness of individual customers, and lower the costs and barriers of borrowing. 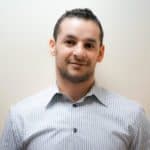 Listed number 6 on the Forbes 2015 list of America’s most promising companies, the Chicago-headquartered company helmed by CEO Al Goldstein targets middle income earners looking to avoid bank loan hurdles or the high interest rates of other lenders. This year AvantCredit hired Managing Director Raj Singh to run its UK operations.  The company currently employs more than 750 people with offices in Chicago, Los Angeles and London, and more than 310,000 customers have been served globally. By the end of 2015, Avant expects to originate over $2 billion in loans. Today’s announcement follows the company’s $325 million series E funding round which will bring Avant’s total equity raised to over $650 million and debt raised to $1.1 billion. Avant has arranged to sell $1.8 billion through the Avant Institutional Marketplace.

Singh made the announcement during LendIt Europe, the major industry conference for lending platforms bringing together financial innovators, investors and pioneers to explore the changing online lending landscape: 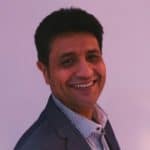 “Achieving GBP100 million in loans in the UK demonstrates the success of AvantCredit, and the widespread demand from middle income consumers who are seeking a clear transparent loan product using an exceptional efficient online service. Our success to date is down to our appreciation of customers as individuals, with unique credit situations and histories – rather than simply credit ratings. It’s our ability using cutting edge technology to price risk better than anyone else in this segment. We look forward to continuing with our very ambitious growth plans in the UK and announcing in due course some significant new exciting partnerships both with large financial institutions and key retailers.”