The GAA’s Distinguished Young Alumni Award, which was established in 1989, recognizes the alums age 40 and young whose achievements have brought credit to the University. 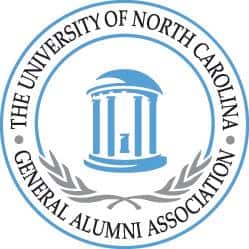 “Startups have a near-impossible time securing traditional financing. Danae’s online crowdfunding platform democratizes funding by letting the public decide what to support. Indiegogo’s successes include funding a Nikola Tesla museum and solar roadways, saving the life of a humanitarian in Africa by raising money for his kidney transplant, and giving more than $4 million to a company that makes computer science widely available to schools (Zuckerberg is among its donors).

“Since helping in her parents’ small business as a child, Danae has sought to level the financial playing field. After earning her American Studies degree from UNC — where she was a Morehead Scholar and a varsity rower — she went to Wall Street as a corporate finance analyst for JPMorgan. She moved to San Francisco in 2004 to research publicly traded stocks in the media, entertainment and video game industries for Cowen and Co. and volunteered as a Wall Street Wizard, inspiring at-risk high-schoolers to learn about finance, embrace career ownership and go to college. 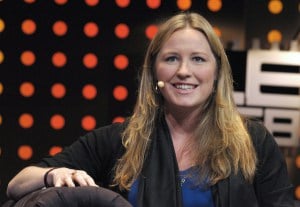 “Danae earned an MBA from the University of California-Berkeley in 2008 and is a chartered financial analyst. She and two Berkeley classmates, Eric Schell and Slava Rubin, launched Indiegogo in January 2008 to bypass venture capital gatekeepers, just as the recession left many people and organizations needing alternative financing.

“In 2011, Danae was named among Fast Company’s Top 50 Women Innovators in Technology, and in 2013, Advertising Women of New York recognized her with its No Apologies Changemaker Award.”

Ringelmann previously shared that business can be one of the most sustainable and powerful vehicles for social change, and that UNC provided her that philosophical foundation. Without it, she says, she never would’ve left finance to change finance.