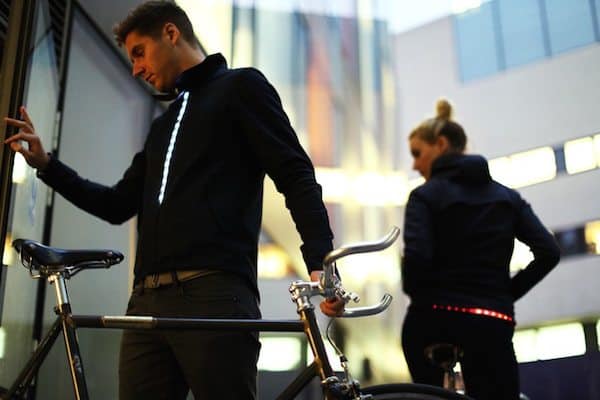 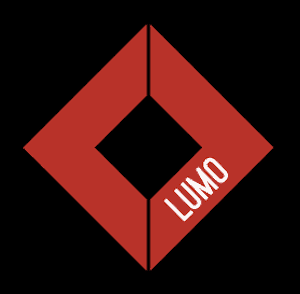 LUMO designs jackets and bags for cyclists that subtly incorporate ultra-high brightness LEDs. These lights are waterproof, washable and powered by a detachable USB-rechargeable battery unit. They are completely concealed until they are switched on, then visible from up to 400 meters when illuminated.

“LUMO has been crowdfunded to date, via both Kickstarter and Crowdcube, where we raised £74,118 and £256,520 respectively. We’ll be raising an expansion round in mid to late-2016 to fuel LUMO’s international growth plans, as well as offering our crowd backers the chance to follow their money. Ideally, this would include a lead strategic investor who can help us to scale quickly into other geographies.”

Doug then explained the company’s philosophy:

“92% of fatal cycling accidents occur in low light conditions yet only 10% of cyclists wear hi-viz clothing. Why? Because city cyclists dress for their destination as well as their journey and arriving at an office looking like a radioactive lemon just doesn’t cut it. 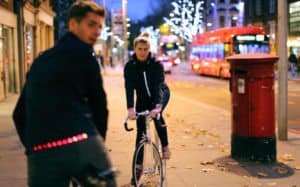 “LUMO’s launch range removes the compromise between being seen on a bike and looking good off one by incorporating in-built ultra high brightness LEDs that are visible from up to 400 metres away, yet are completely invisible until they’re switched on.

“We’re setting out to make wearable technology that solves the everyday challenges of city cyclists – whether that’s being visible, charging your phone or navigating from A to B. And it has always got to look good.”

He went on to reveal some of the challenges the company experienced:

“It was definitely the design process as no one had figured out how to do what we do before. It took months of design, sourcing and testing work, which put a lot of pressure on our initial cashflow and on us to actually produce something. We lived and worked on a ridiculously tight budget, but the scrimping and patience was definitely worth it. 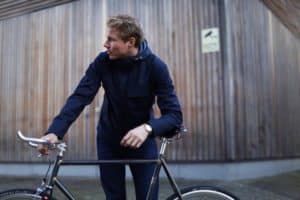 “When Jamie Wilkins (editor of Urban Cyclist, and deputy editor of Procycling) said that it was as if we had read every review he and his team had every written and created our designs accordingly, that was a really sweet moment. Jamie is an accomplished road cyclist, as well as having tested hundreds of examples of city cycling gear, so to receive praise from someone like him made all the late nights and tins of beans worth it.”

In regards to LUMO’s future, Doug added that there are plans for the following: