The Monetary Authority of Singapore is to host a week-long ‘Fintech Festival’ to promote the island economy as a global hub for innovative financial services. The idea was mentioned in a speech by Mr Tharman Shanmugaratnam, Deputy Prime Minister and Coordinating Minister for Economic and Social Policies, and Chairman of the Monetary Authority of Singapore, at the Launch of the Singapore FinTech Festival, at the Asia Society in New York.

Running with the support of the Association of Banks in Singapore (ABS), the November festival will comprise a ‘fintech hackcelerator’, an awards ceremony celebrating the most creative applications emerging from the sector, and conferences and debates on risk and regtech. Innovation labs across Singapore will also open for visits from banks and startups looking to test new applications. 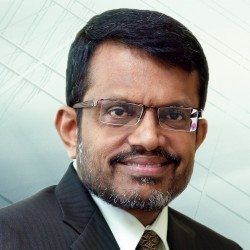 “Technology will fundamentally transform the financial industry. The Singapore Fintech Festival will offer a conducive environment for fintech players, both within and outside the financial industry, to exchange ideas and forge partnerships that will nurture a thriving fintech ecosystem in Singapore,” stated MAS Managing Director Ravi Menon.

The Fintech Festival aims to take a global approach, with MAS actively promoting the event at a series of international roadshows in major technology hubs around the world. The programme was formally kicked off at an event in New York which attracted 200 members of the fintech community, including bank and investment executives, and local start-ups.

Singapore has been aggressively pushing itself as a major global hub for the fast growing fintech industry – earlier this month it opened a dedicated office designed to help startups set up in the country as a part of a S$225 million, five-year plan to build a vibrant ecosystem for innovation.