Bad news, De La Soul backers, the group has delayed its Kickstarter album And the Anonymous Nobody. Although the group originally announced the record would be released on April 29th, they recently revealed that they were moving the debut date to later this summer. 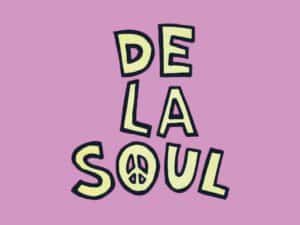 Last spring, the hip hop group took to the crowdfunding giant with a mission to raise only $110,000 for their new album. Within only hours of its launch, the initiative successfully secured its initial goal and by the end of its round raised over $600,000.

The band stated in a recent update:

“We have a lot of featured artists on this album. So with that being said, we have to get permission from their labels, and that takes a little bit of time. As well as our attorneys speaking with their attorneys and drawing up agreements and contracts…and drawing up a contract; that can take almost forever, unfortunately.”

“Playing the part of the label; it has been a learning experience for us. Of course we want you guys; the funders, the supporters to get this project first, but we also want the world to have it and in that, we had to find a distribution deal. We had to find someone who can get this project to you and everyone else around the world. So finally, we’ve partnered with Kobalt music, and they’re going do an excellent job at making sure this De La album gets the exposure and is everywhere for everyone to purchase it.”

And the Anonymous Nobody will be officially be released on August 26th. Since the campaign’s closing, the band has unveiled four track EP to backers (which includes songs that reportedly didn’t make the album).