LendingUSA, a marketplace lender and provider of consumer point-of-need financing, announced on Monday it has appointed three new hires to its executive team. This news comes just a few months after the website named Mike Testa, former president of CareCredit, as its new president. 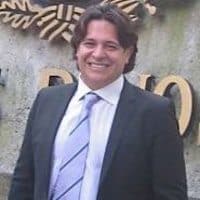 “Together, Michael, Terry, and Carlos bring over sixty years of sales, business development, and financial services expertise to LendingUSA. Their proven ability to identify customer needs, plan strategically, and generate results will be an invaluable asset to us as we continue to drive our company forward.”

Silance and Herrera are to spearhead LendingUSA’s affiliate program. Hill will focus on cultivating and building relationships with LendingUSA’s highest-performing merchant partners. Testa commented that he and his team are pleased to welcome the three to the LendingUSA team as they continue to expand in the marketplace lending industry.

Testa went on to add the three new executives will assume their roles immediately.