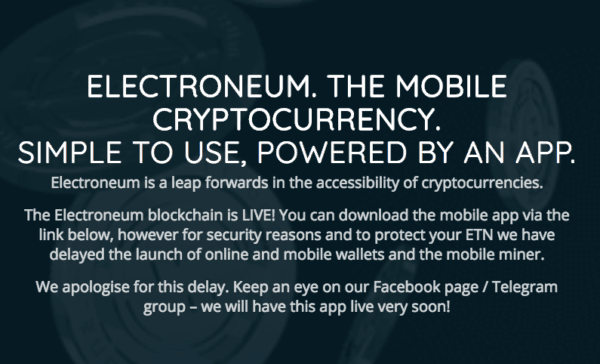 Electroneum recently raised $40 million in a highly successful Initial Coin Offering (ICO). The funding came in via ETH 42058.31 and BTC 4872.16. The British cryptocurrency for is targeting the 2.2 billion smartphone users around the globe. Electroneum explains the problem their crypto is attempting to address:

“Googling” for Bitcoin Hack or Ethereum Hack will find you dozens of stories of stolen cryptocurrencies. We’ve developed an OFFLINE wallet that is 100% secure. You can create as many offline wallets as you like (free) and transfer the bulk of your Electroneum to those wallets.

They are literally impossible to hack. 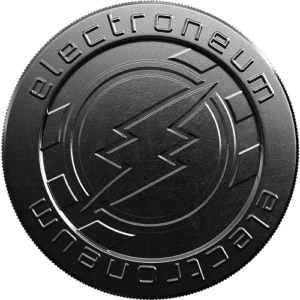 This super-crypto may have been too bold in their claims of being un-hackable though, as a DDOS attack recently took down the site, according to a writeup in the Telegraph. Perhaps some nefarious characters saw the invincibility claim as a bit of a challenge?

“The Electroneum blockchain is LIVE! You can download the mobile app via the link below, however for security reasons and to protect your ETN we have delayed the launch of online and mobile wallets and the mobile miner.”

While there are absolutely no allegations of a hack, some Twitter commenters have hit the Electroneum ICO with some serious Snark;

Richard and friends are sipping pina colada on some beach. Posting random pics of people in office mining and selling etn coins on cryptopia and telling us they are working on security issues. Posting about free gifts, what about the coins people paid you for?

Go on, post us some lunch pictures then Richard??

There is plenty more on the Electroneum Twitter feed here.

We reached out to the Electroneum team and a presentative explained via email;

The site and app at the moment are down for maintenance repairing security issues. All wallets are safe and secure, once the application is repaired and tested the wallets will be available.  Time frame is unknown but hoping to be live as soon as possible. Please checkout the Electroneum Facebook and Twitter feeds as they are constantly being updated regarding the situation.

Electroneum will be making a big announcement shortly on security.

Perhaps a bit of patience from the ETN token purchasers is in order?