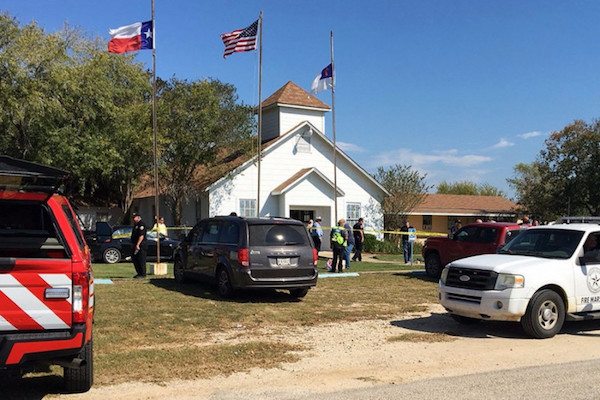 Just days after the tragic shooting at the Sutherland Springs’ First Baptist Church, more than 16,000 supporters of the victims have flocked to GoFundMe and has raised over $1 million in funding through more than a dozen crowdfunding campaigns.

On Sunday, alleged gunman, 26-year-old Devin Kelley, opened fire the small town’s church, which was located about 40 miles southeast of San Antonio. At least 26 people were killed in the incident and Kelley was later found dead in his vehicle after a car chase. Authorities confirmed that 20 other parishioners were wounded, including 10 critically. There has yet to be a confirmed motive for the event, but Kelley had a past with domestic violence, mental instability, and animal cruelty.

“In addition to that, there is a company that has come forward that has agreed to donate all their caskets to all of the victims. We are grateful for that person and their service to our community.”

Although the church’s website has a PayPal link for donations, the link has been unstable due to high traffic. The church has cautioned supporters on making donations through the global crowdfunding platform:

“We’re in the process of setting up the official GoFundMe account, and will be listing the campaigns we can verify sending funds to the families.”