Several industry advocates noted the apparent retraction in a series of tweets.

The @ClevelandFed‘s statement on the #p2p paper being taken down and revised:https://t.co/ukXxTXFUvW#fintech #finreg

.dealbreaker: maybe requesting accuracy wasn’t such a waste of time after all. Cleveland Fed P2P report has now been officially retracted.

The Federal Reserve report said “the industry’s rapid growth has the potential to destabilize consumer balance sheets, particularly those consumers thought to benefit the most.” The heavy handed assessment quickly riled industry supporters who rose to defend the relatively young online lending industry. 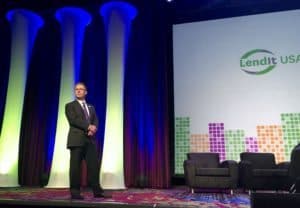 Peter Renton, a long time industry expert described the report as “dubious.” Renton hammered the authors by highlighting an apparent lack of academic rigor by stating he was disputing “the entire methodology used to produce this report and the authors’ grasp of their subject matter.” Renton was not alone in his criticism.

We have not been able to decipher if, or when, a revision will be published but we have reached out to the Federal Reserve for more information.