Theta Labs, a subsidiary of VR live streaming service SLIVER.tv, announced on Monday the launch of its blockchain-based video delivery service. The company describes itself as a decentralized video delivery network, powered by users and an innovative new blockchain. 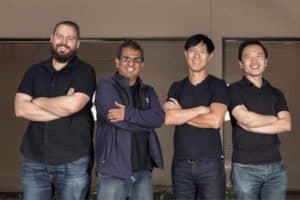 “Theta is an open source protocol purpose-built to power the decentralized streaming network and will allow for vertical decentralized apps (DApps) to be built on top of the platform to enable esports, music, TV/movies, education, enterprise conferencing, peer-to-peer streaming, and more. SLIVER.tv’s DApp will be the first application built on the Theta network leveraging its existing user base of millions of esports viewers.”

The company also claims that its blockchain is the only end-to-end infrastructure for decentralized video streaming and delivery that provides both technical and economic solutions, and utilizes:

While sharing more details about the network, Mitch Liu, Co-Founder and CEO of Theta Labs, Inc., a wholly owned subsidiary of SLIVER.tv, stated:

“We’ve been on the cutting edge of live streaming technology and by leveraging blockchain we will truly be able to transform the video and entertainment industry. Theta will be uniquely built to leverage the incentive mechanisms of the blockchain, enabling end-users to contribute their excess PC bandwidth and resources to relay video streams to others and earn Theta tokens at the same time. It’s a win-win for all stakeholders in the ecosystem.”

Next month, Theta ERC20-compliant tokens will be implemented on the SLIVER.tv platform as an application token for virtual gifting and incentivizing streamers.