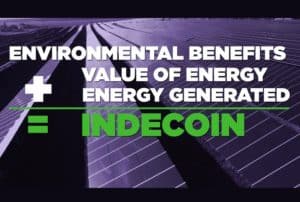 Indeco, the first Initial Coin Offering (ICO) pre-sale under the SEC’s rules for Regulation Crowdfunding or Reg CF, as it is widely called is open for investors now on StartEngine. First announced during the ICO Summit hosted by StartEngine in November, by using Reg CF anyone may legally invest regardless of their income or net worth. Indeco has already raised $44,000 on a goal of $744,000 in a SAFT. The Indecoins (INDE) are being sold at a 40% discount, according to the campaign page. The idea is to then move forward with a Reg A+ offering where issuers can raise up to $50 million and securities may freely trade upon completion of the funding round.

Indeco is described as a shared ownership model of sustainable infrastructure assets such as solar energy systems, battery storage and the building control systems that may make dwellings and communities smarter, safer and cleaner. Indeco also announced the company has joined the fall 2017 cohort of Smart City Works, a business actuator and accelerator for startups reinventing the built environment.

The SEC has been strongly messaging their belief that pretty much all ICOs are securities and thus regulated. Issuers that do not file an appropriate exemption may be in breach of securities laws. Just yesterday, the SEC Enforcement Division forced an emergency asset freeze on PlexCoin, a Quebec based ICO. PlexCoin had raised millions of dollars in a token offering that was described as a fraud by the SEC. 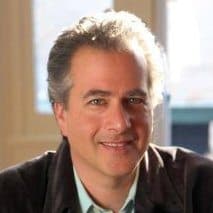 “We are committed to complying with SEC rules and regulations in this pre-sale period, in our proposed ICO, and throughout secondary market trading,” said David Levine, Indeco CEO. “We believe all crypto assets will be subject to regulatory scrutiny, and we plan to create substantial value for our investors by proactively developing a compliant offering.”

Indeco represents the first in a trend for token offerings to file with the SEC and thus avoid any negative ramifications while indicating the security offer is compliant with existing law. StartEngine was the first investment crowdfunding platform to enable ICOs under Reg CF – but other platforms will follow suit.

Indeco has attracted an impressive Board of Directors, including:

“Meeting the needs of 21st cities and their growing populations will require substantial capital, and Indeco has devised a compelling shared ownership solution that can benefit many next-generation infrastructure companies transforming cities and communities,” said David Heyman, co-founder of Smart City Works, former Assistant Secretary of the Department of Homeland Security for Policy and board member of Indeco. “Indeco is a perfect complement to our stable of innovators improving the livability, operations and resilience of communities around the world and here at home.”