Earlier this week, Mexican Senate passed a new bill that was designed to regulate fintech companies and cryptocurrency throughout the country. As previously reported, Mexico’s President, Enrique Peña Nieto declared in September that an initiative will be submitted to regulate and provide a legal framework for fintech that offers access to financing and financial inclusion, through technology. 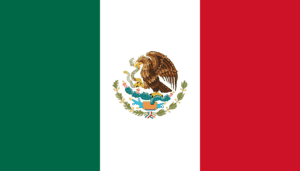 According to Reuters, the new bill will allow the country to join a small but growing list of countries, including the U.S. and UK, that have sought to regulate fintech firms in their countries. The bill also proposes measures to regulate firms operating with cryptocurrencies.

Director of Public and Regulatory Policy at cryptocurrencies exchange Bitso, Felipe Vallejo, reportedly shared that he believes the new bill will help bring Mexico in line with other countries.

“For us, it was a victory for the sector, because this is being done internationally.”

Mexico recently claimed the largest fintech market in Latin America and thus the government believes it is important to regulate the sector. The new bill will seek to promote financial stability and defend against money laundering and financing of extremists. It is expected to pass in a final lower house vote by December 15, 2017.