BABB, a banking platform based on Blockchain based in London, is launching its initial coin offering (ICO) on January 15th with a pre-sale. The general token sale of BAX will commence immediately following the pre-sale seeking to raise a hard cap of USD $20 million. Once their app is live, BAX will be used to pay for services, fees and licensing costs; so if an individual or business wants to use a BABB account, they will use BAX to pay for it. BAX tokens can also be used for other services. 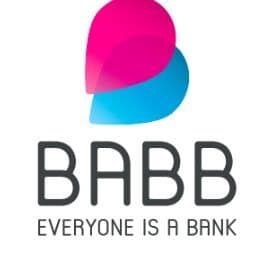 Headquartered at Level39 in Canary Wharf, London, BABB says it is developing a decentralised bank powered by blockchain  that will provide anyone in the world access to a UK bank account for peer-to-peer financial services. BABB says it will incorporate AI and biometrics to create the “world bank for the micro economy.” BABB is an FCA authorised payment platform.

The money raised by the ICO will be used for BABB to deliver: a smartphone app with bank account capability and international money transfer functionality; a European banking license in the appropriate jurisdiction for their go-to market strategy; and a partnership with a leading retail or central bank in an emerging market, to open corridors for international transactions.

BABB explains that by making these elements live, they will create a the market for its token, BAX, and stimulate the token economy.

“Blockchain startups have collectively raised more than US $5.3 billion throughout 2017, but a large proportion of companies have raised huge sums without a clear plan in place. We don’t think this current model is conducive to an agile development process or a lean business mindset which is why we’ve decided to launch our token sale in two phases,” says Rushd Averroes, Founder and CEO of BABB. “We want to be open and transparent with our community and future customers of the BABB platform. The reality is we don’t need funds all in one go, and we definitely don’t need it all immediately,” said Averroes.

Averroes adds that once they launch and the token is in use, they will supply demand by releasing up to 10 billion more tokens. BABB will issue 50 billion BAX tokens in total and will release 20 billion tokens in phase one, which are expected to be listed on exchanges following the close of the main sale.

The BABB team says it has decades of experience in financial services. Paul Johnson, the newest member of the team, has held CIO and COO positions in Aldermore Bank, Lloyds Bank and GMAC FS and joins BABB to guide them through the process of obtaining a banking license.

BABB has launched a Telegram community for individuals interested in the offer.

Over 2,000 people have joined our community on Telegram! Who’s next? https://t.co/aytjbyH1XF pic.twitter.com/9SaQydRN6d