The Securities and Exchange Commission has finally filled the two vacant seats on the Commission as Hester M. Peirce and Robert J. Jackson were sworn in today by SEC Chairman Jay Clayton. Peirce and Jackson will join the other two Commissioners, Kara Stein and Michael Piwowar, along with Chair Clayton to jointly pursue the administrations vision of regulatory reform. 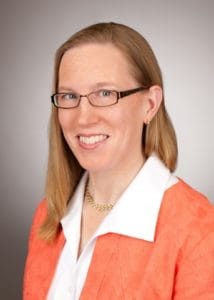 Commissioner Peirce comes to the SEC from the Mercatus Center at George Mason University where she served as a Senior Research Fellow and Director of the Financial Markets Working Group.  She previously worked for U.S. Senator Richard Shelby on the Senate Committee on Banking, Housing, and Urban Affairs, and, prior to that, as counsel to then-SEC Commissioner Paul S. Atkins and as a Staff Attorney in the Division of Investment Management.   She earned her BA in economics from Case Western Reserve University and her JD from Yale Law School.

Commissioner Jackson joins the SEC from NYU School of Law, where he was a professor of law.  He previously was professor of law and director of the Program on Corporate Law and Policy at Columbia Law School.  He also has served as an adviser at the Treasury Department and in the Office of the Special Master for TARP Executive Compensation.  Commissioner Jackson earned his BA from the University of Pennsylvania, a BS 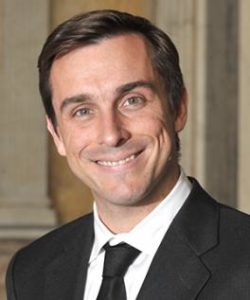 and MBA in Finance from Wharton, an MPP from Harvard University’s Kennedy School of Government, and his JD from Harvard Law School.

Chairman Clayton commented on the two new Commissioners saying he looked forward to working with both of them to “focus on our vital mission and ensuring that our markets are working for the benefit of Main Street investors.”

“It is clear to me they will bring energy, commitment, and dedication to our work and have our mission at the front of their minds,” said Clayton.

Commissioner Jackson said he was honored to join the Commission to pursue the SEC’s critical mission of ensuring that investors are protected, the markets provide a level playing field for all Americans and entrepreneurs have access to capital;

“The SEC boasts a talented and dedicated staff, and I’ll do all I can to support their efforts to make sure our securities laws keep pace with our ever-changing markets.”

Commissioner Peirce embraced her return to the SEC:

“It is such an honor to return to the SEC to work with my colleagues on the Commission and the staff for the benefit of investors and the American economy.”