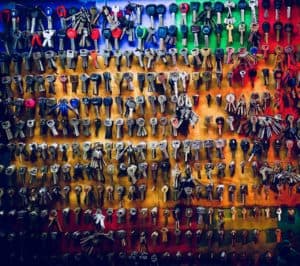 This should come as no surprise but SelfKey’s public token sale closed in just 11 minutes.  According to the company, the public portion of the initial coin offering (ICO) hit its cap of $5.94 million in mere minutes.

SelfKey’s pre-sale easily raised its cap of $15.84 million four days before the scheduled closing date in December. The total amount of KEY tokens sold now stands at $21,780,000. Investors in the US, New Zealand and China were not allowed to participate in the ICO.

SelfKey is a project with a real products and services. It is based on the concept of putting users at the center of identity management. Standard Chartered bank is working with the KYC Foundation on this token to improve client on-boarding and make “Know Your Customer” a breeze. Identity management is a perfect fit for distributed ledger technology.

SelfKey says the purchased KEY tokens have already been credited to ETH address.  KEY Tokens are already unlocked and freely transferable. Additionally, some exchanges who have decided to list KEY tokens and more are expected to follow.

The SelfKey deck is available here and provides a thorough explanation of the digital currency based project.

If you are interested, you can learn more by following the SelfKey announcements channel on Telegram.