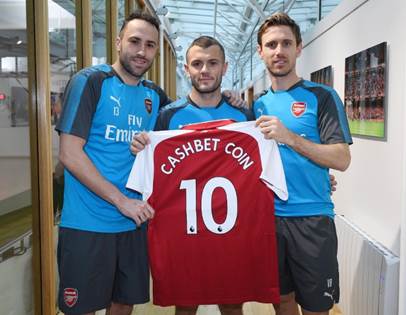 In a first of its kind partnership, Arsenal Football Club has formed a cryptocurrency partnership with CashBet Coin. The collaboration was announced in advance of forthcoming initial coin offering for a token designed specifically for iGaming.  CashBet Coin is now recognized as the Footbal club’s exclusive and official Blockchain Partner while Arsenal become the first major team in world football to officially partner with a cryptocurrency – as far as we know.

Vinai Venkatesham, Arsenal’s Chief Commercial Officer, commented on the crypto collaboration saying they were pleased to welcome CashBet Coin as an official partner.

“We are looking forward to working with CashBet Coin as they launch their new cryptocurrency.” 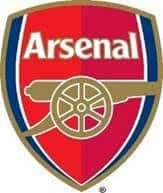 By partnering with a cryptocurrency issuer, Arsenal should be able to capitalize on the digital coin sector buzz. For CashBet, the partnership clearly makes sense as Arsenal is one of the best known football brands in the world.

Dr. Mike Reaves, CEO and Founder of CashBet, explained they are actively targeting the global, multi-billion dollar marketplace of online gaming with their ICO for CashBet Coin.

“We are delighted to do so in partnership with one of world football’s true giants in Arsenal, enabling us to build our brand and engage this audience in a meaningful way. Designed specifically for iGaming, CashBet Coin will improve the online experience for real money, casino, social, skill-based, eSports and sports betting players through increased trust and transparency, faster payouts, reduced fees and dedicated player protection.”

California based CashBet was founded in 2012 and has recently moved into the digital currency space seeking to become a leading cryptocurrency-enabled, mobile-first iGaming platform provider. The CashBet Coin envisions a new operational structure that provides an improved player experience with improved trust, speed and cost. It is important to note that CashBet is licensed by the Alderney Gambling Control Commission and the UK Gambling Commission.