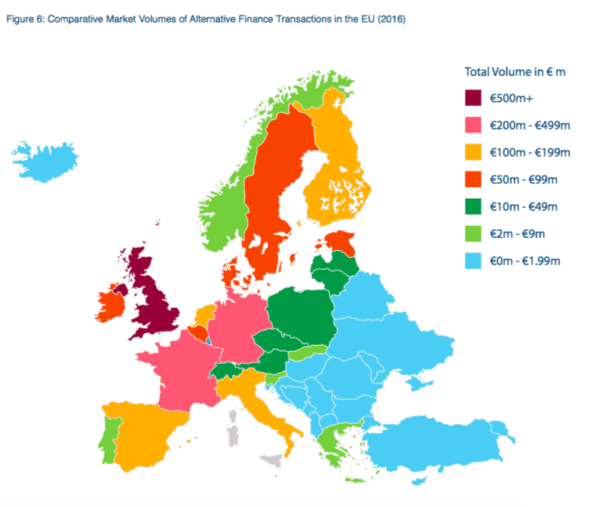 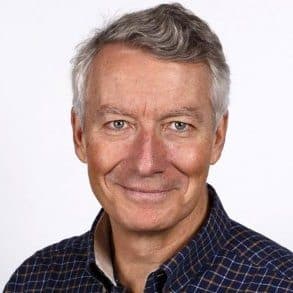 “The number of countries in Europe with meaningful alternative finance activity is growing,” noted Robert Wardrop, Director of the Cambridge Centre for Alternative Finance, in a foreword to the report. “The business models and products offered by platforms are evolving and expanding at a rapid pace.”

“Financial services are undergoing a profound transformation that will eventually reshape banking completely,” indicated José Manuel González-Páramo, Executive Board Member at BBVA. “We are confident that this study will contribute to the ongoing debate on the evolution of European alternative finance.” 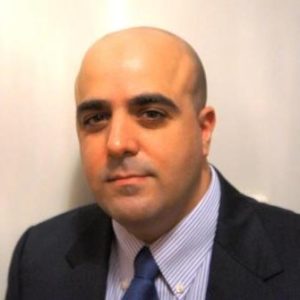 “The 3rd Annual European Alternative Finance Report presents the most comprehensive analysis of the status of alternative finance industry in Europe, covering more countries, alternative finance models, as well as industry trends and developments than was available in its predecessors,” stated University of Agder Associate Professor Dr. Rotem Shneor in the report. “Overall, the data collected shows that 2016 saw European alternative finance doubling its volumes from 2015, and continuing an impressive growth. When placed into its short historical perspective, an impression emerges of an industry progressing from an introduction stage catering to innovators, into the growth stage catering to a growing number of early adopters. This growth phase is characterized by entry of new platforms and service providers, overall increasing competition, emergence of rst cases of consolidation, diversi cation of products, and investments in process effectivization and streamlining. Despite exhibiting continuous healthy growth, Europe still punches below its potential.”

Among other findings of the report:

• Online alternative finance for business continued to grow, providing 1.14 billion euros to more than 14,000 businesses throughout Europe. Debt models including peer-to-peer business lending accounted for 67 per cent of business finance, while equity models accounted for 27 per cent.

• Estonia ranked first for alternative finance volume per capita for the second year in a row, at 63 euros, followed by Monaco (51 euros) and Georgia (28 euros).

• Countries in which platforms believe that existing regulations are adequate are more likely to show higher levels of alternative finance per capita and a larger share of business funding.

• Two types of risk are of greatest concern to European alternative finance platforms: a potential collapse of a well-known platform due to malpractice, and fraud involving one or more high-profile transactions.