Coinbase, co-founded by Brian Armstrong and Fred Ehrsam, provides support for Bitcoin, Ethereum and Litecoin in 32 countries, with over 10 million customers served and over $50B in digital currency exchanged. 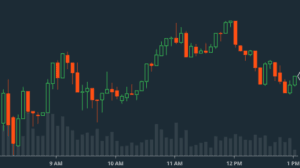 The platform indicated in January that had not yet made any decision to add more digital assets to either GDAX or Coinbase. According to Recode, Coinbase expected to earn a mere $600 million in yearly revenue as of September 30, but Bitcoin’s late year spike pushed the company’s 2017 revenue roaring to over $1 billion.

How does Coinbase reap in its revenue? Trade volume. The platform charges both  buyers and sellers fees ranging between 0.25 percent and 1 percent of the total transaction size. The company serves as both an exchange and a broker of deals, though it does not serve as a market maker that holds bitcoin, noted Recode; Coinbase also stores digital cash for institutions including hedge funds. At this writing, Bitcoin was trading around 8,740.58 USD on the GDAX.