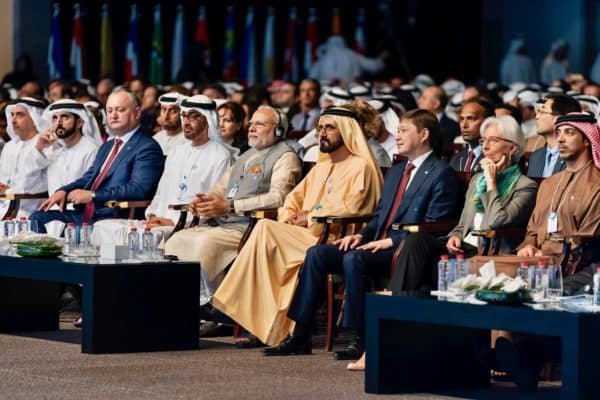 “Is the future of cryptocurrencies gold or dust?”

That million-BTC question was debated at one of the sessions of the recent World Government Summit – a “Davos forum” based in Dubai which is often called the City of the Future.

More than 4,000 participants from 140 countries, including heads of state and governments, Hollywood stars like Robert De Niro and Goldie Hawn and champions of global finance  including Jim Yong Kim (World Bank) and Christine Lagarde (IMF) gathered there to discuss a range of powerful issues – with digital currencies one of the more popular topics. 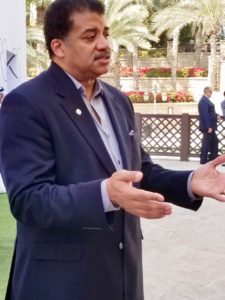 I was among the invited guests too and, as an economist turned entrepreneur and educator, it was truly enlightening to compare thoughts on this issue with longstanding industry experts such as, Jesse Powell (founder of Kraken Bitcoin Exchange), Lawrence Wintermeyer (co-founder of Elipses),  Nick Spanos (founder of Blockchain Technologies Corporation), Kian Lon Wong (president of NEM.io) and many others.

Now – the cryptocurrency topic is hyper-complex as it stays within the intersection of new technology, economics, behavioral finance, global governance and the law and naturally has attracted believers and naysayers. Below are some thoughts and insights for you to ponder on from both camps.

One of the strongest statements I heard was by Nick Spanos who rebuked any criticism that cryptocurrencies have gained from seasoned global investors. He said:

“Cryptocurrency is the people’s currency of monetary independence, it is much more than a financial currency. Bitcoin is not a bubble, it is the pin that is popping the bubble of the legacy financial systems since it has been created.” 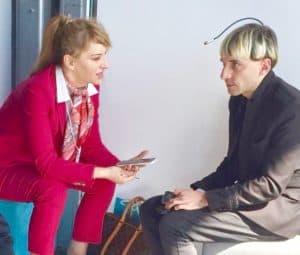 “Price manipulation is not new. We have seen it in mainstream markets. We are in a nascent phase in the cryptocurrency industry and these things are unavoidable. This will begin to be the thing of the past as the industry matures. The blockchain technology has proven itself and is here to stay. In the future, we will be seeing something that is bigger than it is today, more certainly on the value of these coins.”

Lawrence Wintermeyer, while playing down the concern that the market is speculative, believes that cryptocurrencies should be taken and evaluated in the right context:

“Last year has been an extraordinary year for the cryptocurrencies market, which is twice the size of the gold market now. It has been driven by a supply constraint environment, and looks like a speculative market because demand for them has suddenly surged. What we need to do is focus on the exchanges and the retailer. Retail investors need to be aware of the risks.”

So, what’s next? Powell addressed the recent surge in the interest around cryptocurrencies.

“Positive regulatory outcomes and the media have been key influencers for the increase in the use of cryptocurrencies over last year. Any time you have a massive surge in price, inevitably there is higher media attention. We also saw more retail and institutional investors enter the space.”

“When the prices rise, more people get interested and try to find out what they are,” added Spanos. “What cryptocurrencies are doing is establishing a certain peer-to-peer trust that did not exist before. People are enamored by the technology and have started purchasing it.”

One of the highlights of this truly extraordinary event was meeting my personal hero Professor Michio Kaku – one of the most influential physicists and futurists of our time known for tackling such sexy topics as space travel, Mars’s colonies, AI, and immortality with numerous books under his belt including the most recent one “The Future of Humanity.” He certainly would be  perfect casting for the role of Satoshi Nakamoto in a future Hollywood blockbusters – a charismatic and hyper-intelligent man who looks powerful and intriguing by default. 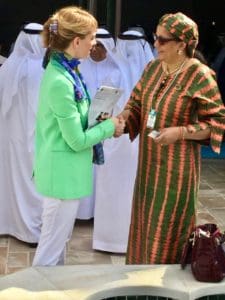 While listening to Michio, I remembered the fact that bitcoin users expect 94% of all bitcoins to be released by 2024. Naturally, while approaching a 21 million’s ceiling, the profits miners will be fading. What’s next then? As Central Banks continue to pile up the financial system with massive and unsecured monetary printing, are we going to experience some kind of “crypto-singularity” event? Remember the fact that the average life expectancy for a fiat currency is 27 years – while gold has relished a monetary status (which means it is a medium of exchange, a unit of account, and a store of value)  for over nearly 2,600 years and has been accepted since globally! And if anything – it is FAITH that will determine the future of the so called “digital gold” – first and foremost.

Just after speaking with Michio, I bumped into my other hero, the celebrity scientist Neil deGrasse Tyson, who was also attending the Dubai summit. Managing to shake off feeling starstruck, I asked what he thinks about bitcoin. “I am intrigued. I need to learn more” – Neil responded with a charming smile.

The day after my talks with both Michio and Neil – I found out that Regal RA DMCC, a gold investment and trading firm in Dubai, was the first company in the Middle East to receive a license to trade cryptocurrencies. The company will be able to store Bitcoin, Ethereum and other cryptocurrencies in a vault located in DMCC headquarters in Almas Tower in Dubai.

That same day I addressed my notorious “bitcoin question” to another super-star at the World Government Summit –  Deepak Chopra – the world-renowned figure in the New Age movement. Deepak’s response was rather quick: “It is coming…It is coming”. 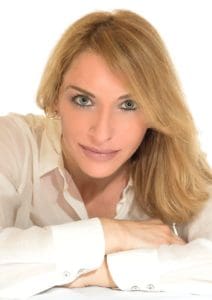