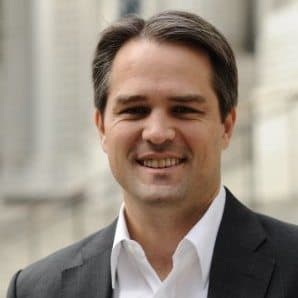 “Alternative lending is a global, fast growing, multi-trillion-dollar asset class which remains highly inefficient, as investments require a lengthy and complex due diligence process.  The sector is poised for change,” explained Finitive Executive Chairman and Co-Founder Jon Barlow. “Finitive’s platform utilizes technology and artificial intelligence to make investing and raising capital in the sector simple and efficient, substantially reducing the amount of time and money that market participants – both investors and originators – spend closing transactions.”

Through Finitive, banks, insurance companies, fund managers and institutional investors may directly access proprietary, alternative lending transactions that are vetted by a team of senior credit professionals with substantial portfolio management experience at top tier credit funds, said the platform. Crowdfunder Insider reached out to Finitive regarding more information about its partners and funding and will post details when received.

The Finitive platform aims to provide investors with access to comprehensive investment memos, detailed data rooms, and Finitive shadow ratings, all of which bring greater transparency to traditionally opaque investment opportunities in the alternative lending sector, accelerating and simplifying the investor’s due diligence process.  Investors do not pay fees to Finitive.

Finitive recently was tapped to orchestrate the deal between CleanCapital and CarVal. CleanCapital, a clean energy investment fintech company, and CarVal Investors, a global alternative investment fund manager, created a new $250 million equity partnership reported enables the acquisition of up to $1 billion of clean energy assets. This partnership harnesses CarVal’s expertise across different asset classes and creates an opportunity to define clean energy as an investment-ready opportunity. To date, the CleanCapital team, founded by Jon Powers, Thomas Byrne, and Marc Garrett, has acquired nearly $100 million of operating solar projects. Their proprietary platform streamlines and expedites due diligence and analysis, allowing complex deals to close in less than 60 days.

“Using its proprietary financial technology platform, CleanCapital has established a leadership role in the acquisition of solar renewable assets,” added Barlow. “We are excited that CleanCapital and CarVal have partnered to further accelerate the growth of CleanCapital’s portfolio. With this partnership and the capital provided by CarVal, CleanCapital will be able to achieve its acquisition goals for the near and medium term.”

Originators in the alternative lending sector, including specialty finance companies, online lenders, and private credit funds, are able to access large amounts of capital through Finitive’s global network of investors who actively allocate to alternative lending.  The Finitive platform allows its originator partners to raise capital across multiple asset classes and geographies for various transaction types, such as forward flow and whole loan sale programs, warehouse lines, and term loans.

“We are extremely pleased with the initial results of our launch and our sizeable initial transaction volume further validates our model, which is to make alternative lending transactions fast, easy and transparent,” Finitive CEO and Co-Founder Christopher Johnson. “Allocations by institutional investors to the alternative lending sector have significant room to increase, and Finitive will lead the way in facilitating these allocations.”

Finitive’s originator partners access a global network of investors who are actively allocating to alternative lending. All regulated activities are conducted through North Capital Private Securities, member FINRA/SIPC.  Jack Abraham and
David Johnson sit on the Advisory Board.