Goldman Sachs CEO Lloyd Blankfein told CNBC today they have not “lost their minds” by moving into the highly competitive consumer banking business with Marcus. Blankfein explained that the consumer business has moved to them because the digital world can allow them to scale. “If you are lending to 50 million people, it is math.” Goldman happens to be rather experienced in using algorithms to make financial decisions so why not with consumer loans? 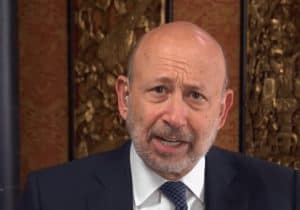 Digital Banking is Now in the Goldman Wheelhouse

Blankfein commented on the other obvious strategic advantage. Their cost of capital is super low.  Unlike many of the early entrants into the online lending sector, Marcus has access to deposits via their acquisition of GE Capital Bank several years back – something no other US based online lender can claim. Even with their industry leading interest rate for current accounts (now 1.6% when most banks pay a fraction of that), Marcus can crush the competition in loan originations.

Legacy Businesses Have Legacy Tech. And that Sucks for them.

The other strategic advantage is the fact that Marcus was built their tech stack from the ground up. No Cobol necessary (sorry American Express). This may be viewed as a one-two punch for Goldman. Low cost capital and an up to date digital banking platform. Of course, there is no ball and chain bank branch system to drown Marcus either.

During the Goldman Sachs (NYSE:GS) earnings report yesterday when the company announced results that topped Wall Street expectations, a good amount of Q&A from the analysts focused on Marcus and management’s vision for the future of banking. 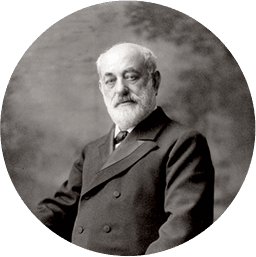 Goldman shared that deposits have jumped from $9 billion (at time of acquisition) to over $20 billion as of the end of Q1. Goldman reported that Marcus is executing according to plan – including any charge offs related to loan delinquencies. Having originated around $3 billion in loans, the loan to deposit ratio remains very low. Goldman is “exploring all types of ways to grow. Expect to see some of those to play out in future quarters.”

Marcus is looking at adding credit cards, wealth management, retirement services, and more. While the growth of Marcus has been impressive, Goldman is labeling it measured – taking a conservative approach. Management will continue to look towards rational acquisitions – similar to last week’s announcement that Adam Dell’s Clarity Money has been incorporated into the digital bank. Of course Goldman will continue to look at developing their own software applications.

Goldman is taking a “waterfall approach.” If it already exists as an open source application they may use it. If a best in class service is out their, they may acquire it. But if necessary they have the engineering chops to crank it out in house – as they have already proved. Goldman looked at over 100 opportunities in consumer finance and consumer banking (and lending) was clearly a vertical they saw opportunity to solve intrinsic pain points while driving market share and shareholder value.

So who loses out in all of this? The big money center banks. The Citi’s, the B of A’s, the big traditional banks the are struggling with cultural change, too many branches, and legacy tech.  And it’s not just lending and it will be global. Marcus wants to be the bank of the future.

Lloyd Blankfein: We haven’t lost our minds moving to a consumer business from CNBC.