A proposed lawsuit by (standard) Bitcoin users against the Bitcoin Cash-controlled website Bitcoin.com and it’s CEO Roger Ver has been dropped. 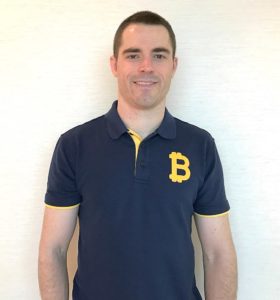 Ver, one of the most dedicated and high profile early adopters of Bitcoin, and several partners (including Jihan Wu, owner of the world’s largest ASIC cryptocurrency mining equipment manufacturer, Bitmain) “forked” (or cloned) the software of the main Bitcoin chain in the summer of 2017 to create a separate chain called Bitcoin Cash.

Ver, who worked passionately to see Bitcoin adopted by global retailers, claimed Bitcoin in its standard iteration was failing to scale as a payment system and was under threat because many retailers were dropping it because of slow payment-processing times.

The Bitcoin Cash Wikipedia cite also states that ‘Bcashers’ (as they are called by Bitcoiners), also forked Bitcoin to protest changes to the network they felt favoured Bitcoin as an investment (or ‘store of value’) rather than the ‘peer-to-peer electronic cash system’ outlined in the Bitcoin white paper. 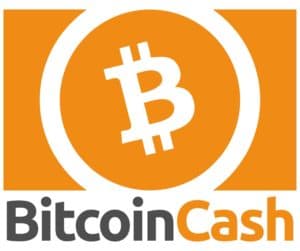 Blockchains are notoriously slow relative to credit card systems because of how thoroughly they ‘hash’ (encrypt or ‘scramble’) data. The layered encryption present in the two biggest Bitcoin networks (there have been other less-successful forks) makes the data stored on them far less vulnerable to hacks such as the one faced by standard databases like Equifax, who lost the personal data of 146 million people in a hack.

Ver and partners decided the best way to scale and speed up the Bitcoin network was to increase the size of the underlying encrypted blocks of data from one megabyte to eight. This would allow more data to pour into blocks before mining systems began cryptographically sealing them.

(Standard) Bitcoin developers disagreed with Ver and felt an increased block size would lead to more centralization because only very memory deep, expensive computers would be able to store the data-heavy Bitcoin Cash blocks. So-called ‘little people’ could end up being priced out of running a Bitcoin node as part of the large decentralized network a blockchain needs to ensure security and prevent collusion in a 51% attack.

(Standard) Bitcoin felt the best scaling solution was to process smaller transactions off chain in ‘channels’ that would consolidate them and only periodically settle to the main chain.

Ver’s devotion to Bitcoin’s development and commitment to enabling complete bitcoin-based lifestyles seems to have informed a passionate proprietary- or guardianship-sense he has regarding the Bitcoin brand name.

Since the fork, Ver and supporters have repeatedly stated in public that they consider Bitcoin Cash to be ‘the real Bitcoin’ and the one that most closely resembles the “vision” laid out by pseudonymous Bitcoin inventor Satoshi Nakamoto in the Bitcoin white paper.

This notion has formed the core of Bitcoin Cash’s marketing plan and talking points since the contentious fork created an intense rivalry among the two types of hardcore Bitcoin users.

I posted why I think Bitcoin Cash is Bitcoin on my new @YoursOrg account.
Thanks @ryanxcharles and @ErikVoorhees for the motivation.https://t.co/DnSHWwBSqd pic.twitter.com/cS8Mw5SH1V

Interestingly, Eric Voorhees, a Bitcoin enthusiast and entrepreneur and one of Ver’s early peers, last week distanced himself from Roger Ver’s claims:

Roger – please stop referencing me to back up your opinion that Bitcoin Cash is Bitcoin. It isn't. Bitcoin is the chain originating from the genesis block with the highest accumulated proof of work. The Bitcoin Cash fork failed to gain majority, thus it is not Bitcoin.

About two weeks ago, a poster on Reddit noted that the Bitcoin.com website had listed Bitcoin Cash (BCH) as simply “Bitcoin,’ and had listed (standard or first-generation) Bitcoin as ‘Bitcoin Core.’

DUDE WTF!!!!!!!!
bitcoin dot com is insanely deceptive
if you click on learn more about bitcoin it brings you to bcash
says everything bcash but using the bitcoin logo and also keeps saying bitcoin
yo im willing to crowdfund lawyers for lawsuits!!!!! pic.twitter.com/mMAyUlBAsD

The proposed suit grew steam in the cryptocurrency press and on forums, and there were many reports that Bitcoin Cash websites and communication were beginning to disambiguate the two brands.

The proposed lawsuit drew over a thousand people to its Telegram channel, but only $3700 dollars of donations were raised during the week following the lawsuit’s announcement. MoneyTrigs announced cancellation of the lawsuit May 3rd.

We appreciate the 31 people that donated to the initiative
But $3700 wont be enough to do much, so we decided to cancel the initiative and refund the 31 transactions (total 0.39btc)
im happy were able to atleast get bitcoincom make 90% changes on its fraude and dis-information pic.twitter.com/EixrrqffD5