U.S. fintech startup Kyriba Corp. announced on Monday it is increasing its investment in Latin American to help CFOs and treasurers modernize key capabilities for cash, risk, payments and working capital optimization. The company reported that as part of the expansion it has named Axel Canale as the new general manager for Latin America, overseeing market expansion for the region. Speaking about the investments, Canale, who is also a former SAP, IBM, and EMC executive, stated; 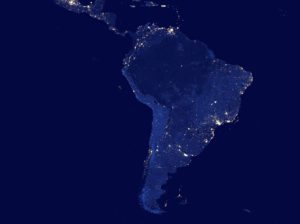 “Senior finance leaders in Latin America are demanding scalable cloud-based solutions that empower them to simplify core operations and accelerate growth in a global environment. Kyriba brings innovation and market leadership that will create new opportunities for clients and partners alike.”

Kyriba also revealed that the move into Latin America is part of an aggressive global growth strategy that saw its partner ecosystem contribute 40 percent in incremental bookings to the company’s record first quarter bookings results this year. The company added:

“Kyriba continues to see strong across-the-board growth from companies of all sizes and industries, including energy, entertainment and hospitality, private equity, real estate and retail among others. Over the past year, Kyriba has notched several major customer and partner wins in Latin America, including Arcos Dorados (McDonald’s Mexico), Cinépolis, Cuestamoras, Keizen, Netsoft, Inforum, RSM and many others.”

Founded in 2000, Kyriba claims to be a global leader in cloud treasury solutions and delivers software as a service treasury technology to corporate CFOs and Treasurers.