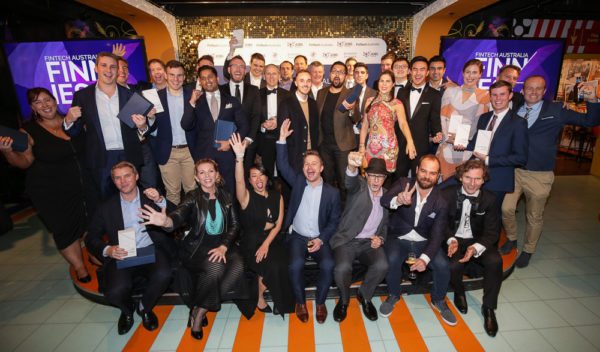 FinTech Australia has revealed the finalists for their 2018 Finnie Awards.

Fintech focused companies are competing for 23 different categories. Overall, 89 companies were selected as finalists from over 200 submissions. The finalists were reviewed by 81 domestic and international judges.

The Finalists are as follows:

2) Emerging FinTech Leader of the Year (under 35)

3) Female FinTech Leader of the Year

4) Excellence in Payments (including Remittance/FX)

10) Excellence in Regtech (including KYC and AML)

11) Excellence in Wealth Management (including PFM and Robo)

13) Best Marketing/Branding Initiative of the Year

There are eight finalists for the Female FinTech Leader of the Year award. These finalists are:

NSW Deputy Premier and Minister for Small Business John Barilaro said he was excited to see 55 out of 89 finalists – nearly two thirds – were from NSW including four out of the eight finalists for the Female FinTech Leader of the Year award.

“This is a great result for NSW’s fintech sector and I wish all finalists the best of luck. The NSW Government through Jobs for NSW is the Finnies presenting partner as part of our efforts to grow the startup sector to create jobs and businesses for the future,” commented Barilaro. “Jobs for NSW has so far invested over $800,000 to help about 30 fintech startups grow. Our state has 54 per cent of Australia’s fintechs which are creating exciting opportunities in financial services, a sector with exports worth $2.9 billion and growing at over nine per cent a year.”

FinTech Australia chair Stuart Stoyan described all of the entries as very high quality showcasing the depth of Fintech talent that exists in Australia.

.“Each of these finalists is now in the running to be named a winner in 23 Finnie award categories at our gala awards ceremony on 13 June in Sydney. The fact we received 223 award entries – a 40 per cent increase from the 158 entries in 2017 – is in itself a sign of the growing stature of Australia’s fintech industry,” Stoyan stated. “Highlighting and celebrating female leaders in our industry is just one way we can boost the number of women in fintech and therefore drive a more diverse and inclusive workforce and help meet skills shortages.”