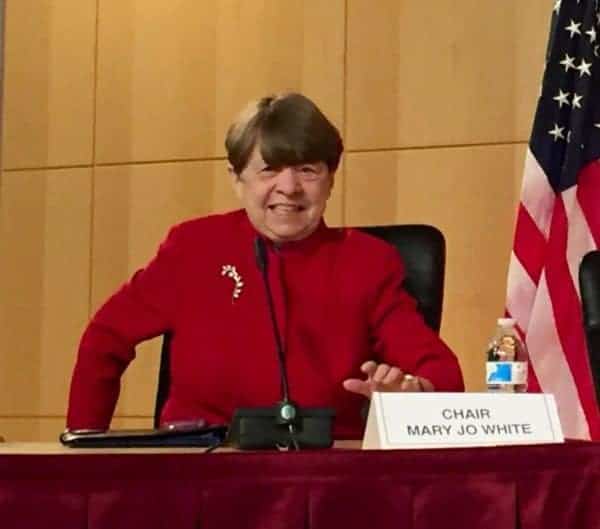 How times have changed.

The two Debevoise attorneys are being added to a growing roster of high profile attorneys led by Skadden, Arps to defend the crypto company.

The class action filed against Ripple is fairly routine. Similar to other class actions brought against initial coin offerings, the aproach is to allege the sale of unregistered securities – something which is obviously against the law. The fact that Ripple is ponying up for some of the biggest names in securities law appears to say they are ready for a fight. Both White and Ceresney have been added to the case Pro hac vice, which is a legal term for adding an attorney to a case in a jurisdiction where they are not licensed to practice.

The class action was filed in California on May 3rd but at the beginning of this month, the Defendants attorney filed a motion to remove. 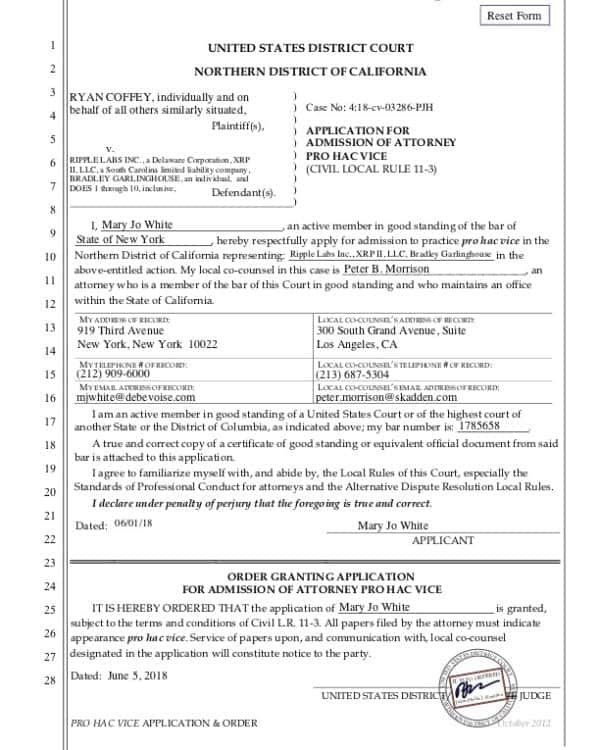