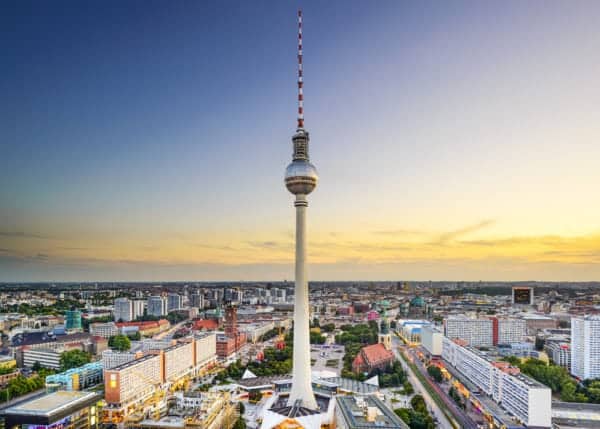 Early-days monitor of the German crowdfunding market, Crowdfunding.de announced in its latest quarterly report that Germany passed the half billion-euro mark in cumulated in SME crowdfunding at the end of June 2018.

The report monitors only equity crowdfunding and crowdlending on marketplaces open to German retail investors such as Exporo, Funding Circle and Companisto. It does not include private platforms such as SME lender Creditshelf. 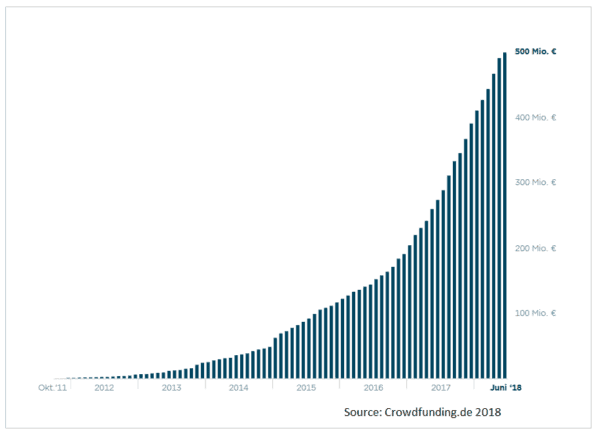 As can be seen from the hockey-stick growth curve, the German market has grown exponentially since the introduction of the German crowdfunding law in October 2015. More than half of the recorded SME financing was collected within the past 15 months.

Real estate accounts for more than half of the SME crowdfunding market (53,3%). It is the fastest growing segment, set to more than double in size this year, after having tripled in size in 2017.

“Start-up funding is stable. The increase in SME crowdfunding comes from investing in and lending to growth SMEs rather than startups,” said Michel Harms the founder of crowdfunding.de and author of the report.

The main financial instruments used to crowdfund SMEs in Germany are subordinated loans and shareholder loans, as the crowdfunding regulation does not allow crowdfunding platforms to intermediate other instruments and excludes the intermediation of private shares. 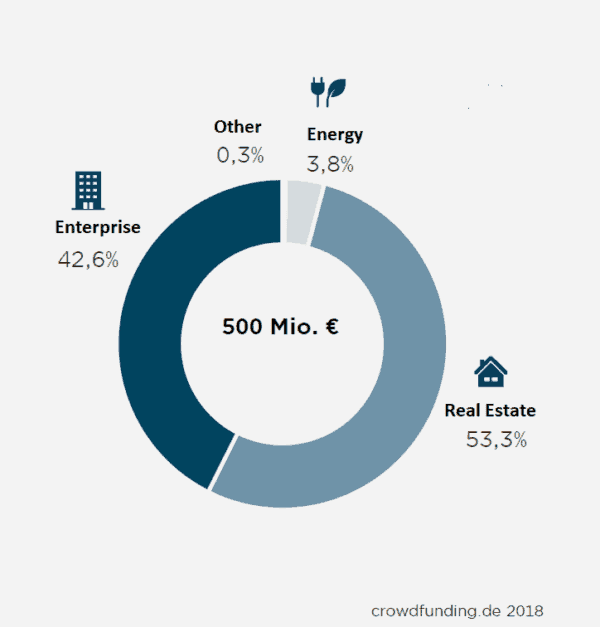 Real Estate Platform Exporo Takes a Third of the Market

The market is highly concentrated with the top 3 platforms, Exporo, Funding Circle and Companisto, accounting for more than half of the market and the top 8 for 85%. 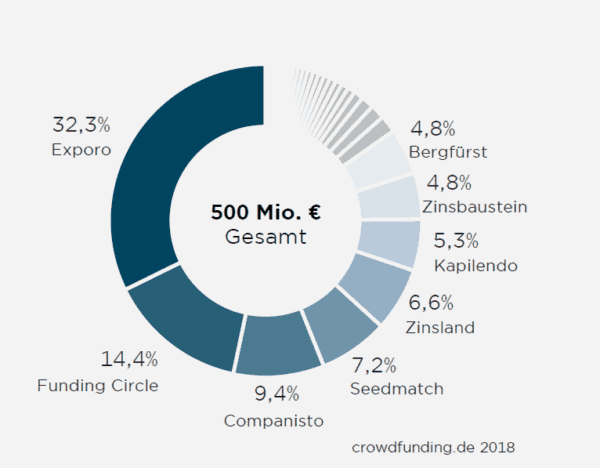 A Market Still Hampered by Regulation

As impressive as its recent growth is, the German SME crowdfunding market remains very small compared to both the overall SME financing market and, most importantly, to the SME market’s needs. There remains an unmet demand for scale-up financing.

As pointed out by the German Crowdfunding Association, next to very positive changes such as the recent increase of the crowdfunding ceiling from €2,5 to €8 million as per the European New Prospectus directive, there remain 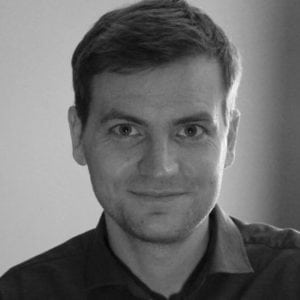 “The market is still small. Regulatory constraints such as the exclusion of GmBHs, the limited liability companies which are the most common legal entities among startups, still put limitations on the market’s growth.”

The report can be downloaded here.