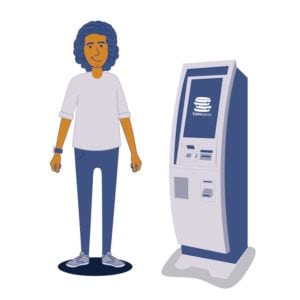 Coinsource, a company that claims the title of the world’s largest Bitcoin ATM network, has increased the withdrawal amount to $5,000 USD. Coinsource says this comes in response to growing demand for more ATMs and the company’s growing presence in Mid-Atlantic states, including Delaware, Pennsylvania, and New Jersey.

Coinsource CEO, Sheffield Clark says they want to stay ahead of the curve as Bitcoin goes mainstream.

“As the only nationally licensed and federally regulated operator, our decision serves as a testament to the growing demand for access to cryptocurrency and digital assets,” said Clark. “The future of finance is in convenience and security. We want to be at the forefront of that to better service the 164 million residents across 19 states already utilizing our technology, while continuing to rapidly grow.”

The Texas-based company was founded in 2015 and claims a portfolio of over 200 machines nationwide. Their ATMs are said to be operational in California, Oklahoma, Nevada, Texas, Louisiana, Missouri, New Jersey, New York, Pennsylvania, Tennessee, Arizona, Georgia, Rhode Island, New Hampshire, Massachusetts, Colorado, Maryland, and the District of Columbia.