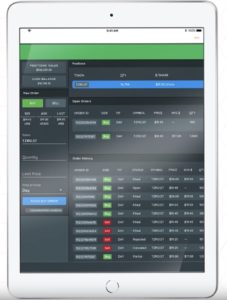 tZero, a subsidiary of Overstock (NASDAQ:OSTK) has extended its ongoing security token offering for individual investors until August 6, 2018. The announcement was shared in an email signed by tZero CEO Saum Noursalehi.

tZero indicated the move to extend the offering was due to ongoing negotiations with GSR Capital, a firm that committed to invest $160 million this past June.

As previously reported, tZero signed a letter of intent in June with GSR Capital, a Hong Kong-based private equity firm. At that time, Noursalehi said;

“[we are] thrilled to have GSR on our team as we seek to launch the world’s first security token exchange. This investment from GSR further validates tZERO’s strategy to introduce blockchain to capital markets, and this partnership will accelerate our global expansion efforts.”

Noursalehi said they continue to accept investors on a first come basis for the “Simple Agreement for Future Equity”. He added that he was delighted with the progress of the offering and their traction towards launching the “world’s first regulated security token trading platform. ”

The most recent Reg D filing, from February, indicated that $49,139,448 had been sold to 398 investors. That number has most certainly risen in the ensuing months.

tZero is not alone in seeking to commence trading blockchain based securities. Earlier today, Neufund said it had inked an agreement with Binance and the Malta Stock Exchange to offer an end to end security token operation including both primary and secondary transactions. Neufund has already announced seven issuers who intent on tokenizing their securities.

tZero, was the first platform to gain an ATS license (alternative trading system) with the intent of trading blockchain based securities. Actual trading on tZero has been slow to materialize.  In June, tZero announced joint venture with BOX Digital Markets. The agreement was said to launch the world’s first security token exchange – perhaps eclipsing the need for an ATS license thus leading to questions of regulatory inertia creating hurdles for the innovative Fintech platform.