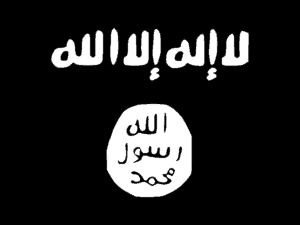 A 27-year-old woman in New York has pleaded guilty to financing the Islamic State of Iraq and al-Sham (ISIS or Daesh).

According to a release from the US Department of Justice, between March and July 31st, 2017, Zoobia Shahnaz of Brentwood, New York, committed multiple acts of fraud against financial companies in the US as she was preparing to fly to Syria, but was intercepted at the airport before she could do so.

Ultimately, the defendant admitted to sending the proceeds of her crimes, a total of $150 000, “…to individuals and shell entities in Pakistan, China and Turkey that were fronts for ISIS…”

As part of her “…scheme to defraud numerous financial institutions,” on behalf of ISIS, Ms Shahnaz obtained a loan for $25,ooo under false pretenses. She also admitted to obtaining over 12 credit cards under similar pretenses and to using those cards to purchase $62 000 in bitcoins and other cryptocurrencies.

The release doesn’t state whether the cryptocurrencies were transmitted to “the individuals and shell entities” associated with ISIS, nor how the cash was sent.

The Justice Department claims that while she was conducting her frauds, Shahnaz was also accessing violent ISIS and jihadi materials online, including websites, message boards, social media and messaging apps.

“Additionally, the defendant conducted numerous internet searches for information that would facilitate her entry into Syria,” in advance of her plans to travel there.

Shahnaz was on her way to Syria when she was, “…intercepted by the Joint Terrorism Task Force (JTTF) at John F. Kennedy International Airport (JFK) in Queens, New York.”

Though there is no mention in the Justice Department release that Shahnaz had plans to join ISIS, the release claims she was arrested while, “…attempting to board a flight with a multi-day layover in Istanbul, Turkey – a common point of entry for individuals traveling from Western countries to join ISIS in Syria.”

Shahnaz struck a plea deal in which she admitted her financial crimes, and now faces up to 20 years in prison, though, “Any sentencing of the defendant will be determined by the court based on the advisory Sentencing Guidelines and other statutory factors.”

She may also have to pay restitution and a fine and may be subject to other types of criminal forfeiture.

For research purposes, CI conducted an Internet search for a primary ISIS website, but this did not produce immediate results.