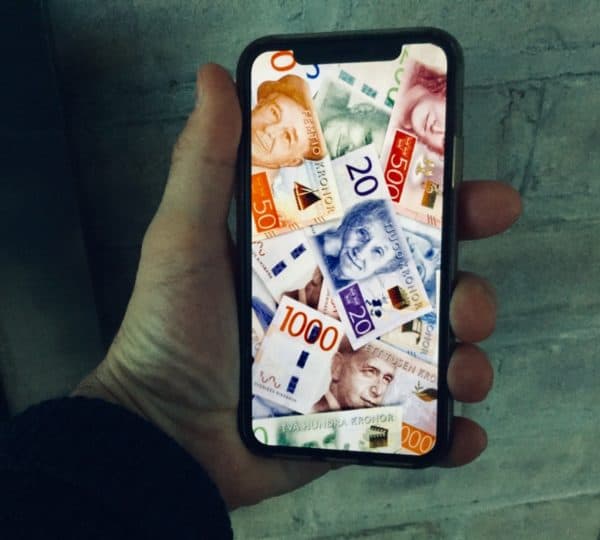 The Riksbank of Sweden has issued a warning to the public that, “On certain websites and in social media, false information is circulating claiming that the Riksbank is selling e-kronas.”

The Riksbank also says it has been contacted by individuals saying they have been solicited to buy e-kronas in telephone calls from people claiming to represent the bank.

The bank asks anyone targeted by these phone calls or by any other offer to buy the e-krona to contact [email protected].

The Riksbank of Sweden has indeed been investigating the creation of an e-krona for use by the general public since Spring of 2017, but says, “The project has not been concluded and no decision has been taken on issuing e-kronas.”

Interest in doing so, says the bank in an October 2018 release, is spurned by the fact that, “use of banknotes and coins is declining in society.”
The Riksbank says it already provides digital money to banks.
Not having to print (as much) physical legal tender has obvious cost-cutting benefits to the state. So far, the Riksbank describes cthe reation of an e-krona as a possible “complement” to cash and not a complete replacement:

“An e-krona would give the general public access to a digital complement to cash, where the state would guarantee the value of the money.”

IMF Director Christine Lagarde told attendees at the Singapore Fintech Festival in November to prepare for “a new world” of digital currencies, but she also added that a complete move to digital cash could end up excluding people on the margins:

The Riksbank’s inquiries into the creation of an e-krona is about to enter its third phase- the seeking of technical solutions- following two other phases involving consultation with other nations and, “…examin(ation of) the legal issues that need to be dealt with to ensure the Riksbank has a clear mandate to issue an e-krona.”
The Riksbank’s E-krona division has advised the bank to now embark on the following:

The creation of a public state cryptocurrency, says the Riksbank, has serious implications and, “will affect the whole of society.”