“The Indian startup ecosystem is surely maturing as evident from the positive growth in the funding in growth and late-stage startups, however, the drop in seed stage funding implies that the ecosystem has a long way to go,” observed Inc42 Editor-in-Chief Pooja Sareen. “Uncertainties like angel tax dilemma, copyright infringement, surveillance order and E-retail bill cap are robbing India the capital inflow observed in other global startup hubs like the US, UK and Israel.”

Within the sector Inc142 observed, “Fintech secured the maximum number of deals at 121, while ecommerce took away the maximum funding with $2.1B in investments. 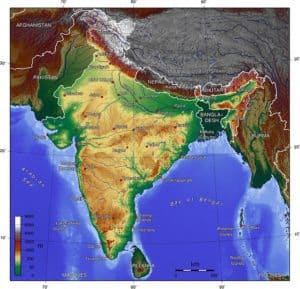 Does location matter? Yes: Bengaluru led with 247 deals in 2018; Delhi/NCR was close second, with 224 deals. The news platform indicated that  both investor participation and unique investors decreased by 17% from 1.9K in 2017 to 1.6K in 2018 and 1.1K to 0.99K. 90% of angel investors opted to make a single investment while only 1% made more than 3 investments in 2018. Among those angels include Rajan Anandan and Binny Bansal with 6 deals each. Accel Partners India (28 deals) and Sequoia Capital India (24 deals) ranked the highest VC firms.
During last year, more than 122 M&As reportedly occurred within the Indian Tech startup ecosystem.

Headlining Indian news at the moment is the capture of crypto scammers that bilked investors out of 5 billion rupees (~$71.6 million USD). Last week, Indian police cautioned Jammu locals not to invest in cryptocurrencies.