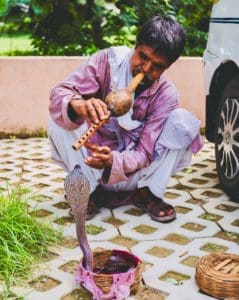 Police in the Kashmiri city of Jammu have warned citizens there to avoid investing in cryptocurrencies because of “heightened risks” in relevant markets, Business Standard reports.

According to the Inspector General (IG) of Jammu crime branch:

“The general public is informed not to make any type of investment in cryptocurrencies, virtual currencies (vcs) such as Bitcoin because there is a real and heightened risk associated with them.”

The Inspector General warns that the largely unregulated and unbacked nature of cryptocurrencies makes investors vulnerable to sudden market downturns that they may not be able to fairly anticipate:

“(Heightened risk) can result in a sudden and prolonged crash, exposing investors, especially retail consumers who stand to lose their hard-earned money.”

The advisory goes on to state that cryptocurrencies are not regarded as legal tender in India and that no companies have yet been issued licenses to deal in Bitcoin or other cryptocurrencies, meaning they, in the words of Business Standard, “do not have any regulatory permission or protection in India.”

The advisory also points out that encryption available on some crypto networks make them attractive for criminal use in smuggling, drug and human trafficking, terrorist finance, and money laundering.

As governments like the US and China have lately increased oversight or outright censure of certain cryptocurrencies, their trading and/or networks, there is much evidence that these projects and certain exchanges have been moving into emerging economy areas in search of new investors.

Because many or most crypto networks have failed to demonstrate much real utility in the world, investing in them resembles investing in a pyramid scheme: for the price of a crypto to go up, more investors must be introduced.

While the Bitcoin network may have some legitimacy as a truly uncensorable, decentralized payment network that could prove a useful hedge in economic and political downturns, many other cryptocurrencies have failed to demonstrate their use other than as instruments of speculation (and manipulation) on exchanges.

Outright fraudulent crypto projects have ripped off investors in China, Vietnam, India, and many other countries, and a technology that has been touted for its ability to bank the unbanked and empower the poor has also been used to part them from their savings.