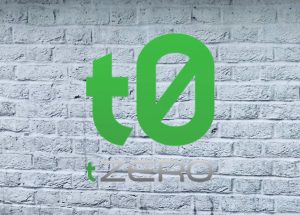 Overstock (NASDAQ:OSTK) has issued a release that touts the accomplishments of its blockchain focused securities platform tZero. Overstock is, of course, a discount e-commerce platform – not exactly a business that one would expect to seek to disrupt the financial services industry.

But founder Patrick Byrne was an early convert to the promise of blockchain technology and the potential to alter the traditional securities industry. At the end of last month, tZero – a subsidiary of Overstock, launched trading in security tokens starting with its own equity offering.

These blockchain based securities may now be bought, and sold by accredited investors in partnership with introducing broker-dealer, Dinosaur Financial Group. Trades are executed on the regulated alternative trading system (ATS) operated by tZERO subsidiary PRO Securities.

Overstock states that tZero’s odyssey is an “incremental and iterative journey of innovation” dating back to Overstock’s involvement in blockchain in 2014 with the founding of Medici Ventures. The subsidiary was created to “apply blockchain technologies to existing industries to eliminate middlemen, democratize capital, and rehumanize commerce.” In 2016, Overstock issued its preferred digital security.

tZERO notes that it provided the technology behind trading of the “first SEC-registered digital security in the world.”

The series of tZero milestones, as shared by Overstock, are listed below.

There may be a bit of chest pounding here, or simply a need to set the record straight (while providing exact dates). There are always plenty of claims of being “first” in transformational innovationn and Fintech/blockchain is no different. As the saying goes, success has many fathers and failure is an orphan. But we are certain that tZero has earned many firsts when it comes to the emerging security token industry.