There has been a good amount of discussion regarding the decision by Judge Gonzalo Curiel, of the US District Court for the Southern District of California, to grant the Securities and Exchange Commission’s (SEC) bid for a preliminary injunction against crypto company Blockvest LLC.

Initially, the Court issued an opinion denying the SEC’s request for a preliminary injunction. Some lauded this decision as a victory for initial coin offering (ICO) issuers. The Blockvest ICO had been promoted as both a Reg D and Reg A+ offering at different times, according to the SEC.

But in a memorandum in support for reconsideration of the order denying the injunction, the SEC argued its case to the Court regarding the alleged transgressions by Blockvest and its principles. The SEC argued effectively that the ICO was clearly a security and in breach of existing law and the risk of fraud remained:

“The Opinion [by the Court] appears to require proof of actual purchases and sales in order to show that the tokens at issue are securities. But it would subvert the purpose of the Securities Act if the SEC were required to show that specific investors relied on offering materials, to establish that an investment is a security. Such a requirement would effectively limit the SEC’s jurisdiction to claims only for illegal sales, not fraudulent offers.”

“The fact that a defendant promises to cease its illegal conduct does not dispense with the need for an injunction. Particularly given Defendants’ past admitted falsehoods, an injunction is necessary here to protect future investors; to ensure that Defendants refrain from further fraud; and to ensure their compliance with the Securities Act should they persist in making similar offerings in the future.”

[The] Defendants’ unenforceable commitment to give the SEC thirty days’ notice of any planned offering impermissibly shifts Defendants’ burden to comply with the law to the SEC. This poses particular risk to investors in the digital asset space, where investor harm can occur with great alacrity and little transparency. It is uncontested that Defendants planned, until the Court issued its TRO, to offer their fraudulent ICO in December 2018. Their mere promise to halt the offering—for now—does not alter the fact that their anticipated ICO is for securities, nor that they have repeatedly lied about it being either “registered,” “exempt,” and/or “approved” under the federal securities laws.” 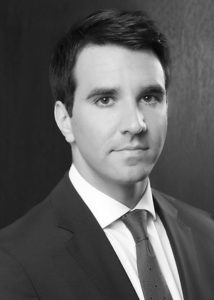 Avi Israeli, a Partner at New York-based litigation boutique Holwell Shuster & Goldberg, had this to say about the Court’s decision:

“The court’s reconsideration of its prior order and issuance of a preliminary injunction confirms what many ICO watching attorneys knew all along: The prior decision said nothing about whether, as a general matter, a token is a security or an ICO is a securities offering. Rather, the court’s prior order merely held that disputed issues of fact precluded the issuance of a preliminary injunction at that time.”

Israeli said the newly issued order focuses on an alternative theory advanced by the SEC, which was not directly addressed in the prior order, and new facts to support the preliminary injunction.

“Despite the different outcomes, neither decision changes the current landscape. Courts will continue to be guided by the expansive Howey test when determining whether an ICO is offering securities, and the SEC will likely continue to expand the scope of its ICO enforcement efforts.” 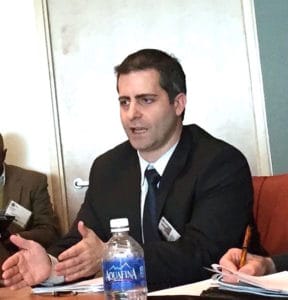 Anthony Zeoli, a Partner at the law firm of Freeborn and a Crowdfund Insider Contributor shared this comment – with a touch of irony:

“With the alleged facts, in this case, it’s hard to see how the court originally denied the injunction but it is good to see that the SEC is persistent in its efforts to stem fraudulent offerings in this industry. This should illustrate to those in the industry that the SEC is not, and will not, shy away from continuing to enforce securities laws as they pertain to the crypto space. Even where such actions might require multiple attempts; the famous words of Sam Weinberg (a Few Good Men) notwithstanding …”

“I strenuously object?” Is that how it works? Hmm? “Objection, your Honor.”

“No, no. I STRENUOUSLY object.”

“Oh. You strenuously object. Then I’ll take some time and reconsider.”