Announced last fall with much fanfare, Harbor’s security token offering for a real estate project in South Carolina has collapsed.

According to a report in Crain’s, Harbor spokesperson Kevin Young has publicly stated “the Hub at Columbia REIT has been canceled.” The Hub referenced a 260 unit student residence near the University of South Carolina in downtown Columbia.

Harbor has established itself as an early leader in the digitization of assets. The “all-in-one platform for digital securities such as funds, private equity, and commercial real estate,” and more, seeks to provide compliant blockchain based securities offerings. Harbor has received the backing of some really big names including the Founders Fund and Peter Thiel.

A report in Fortune from 2018, described the STO for the Hub as significant because it was the first tokenized REIT in the US. Now it is no more.

The STO, crafted in partnership with Don Wilson’s real estate company Convexity Properties, sought to raise up to $20 million by raising capital from accredited investors. It was expected that the cryptoasset would be tradable on a digital asset exchange at some point in the future. The offering was expected to include a 5% annual dividend along with the heightened liquidity. 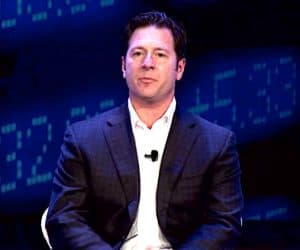 Around the time of the Hub announcement, Harbor founder and CEO Josh Stein stated:

“Harbor is transforming private investments by making it easier and more cost-effective for issuers and broker-dealers to syndicate more widely, raising capital from a potentially broader and more global investor pool.”

Young said that cancellations often happen in real estate transactions when various parties can not agree on terms:

“This was an exciting and new use case for tokenization, and we continue to believe this structure offers significant opportunity for creating additional liquidity in the real estate market.”

Following the collapse of the initial coin offering market, much interest, and a certain amount of hype, has been associated with digital securities issued using blockchain tech and compliant under existing law. While a few issuers have successfully issued tokenized securities, the industry is very much nascent and in need of successful stories to tell. The demise of Harbor’s first offering does not help advance the digital asset thesis going forward but there are plenty of other tokenized real estate offerings in the queue ready to fill the void.