U.S. fintech Jumio announced on Thursday it has joined forces with UK challenger banker Monzo. Jumio reported that it has been Monzo’s primary identity verification solution since 2017 and the companies have worked together to offer an easy-to-use, intuitive mobile onboarding experience for Monzo’s customers, which is a user base that is nearing 2 million. 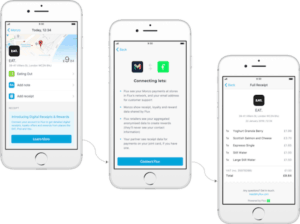 “Monzo decided to strengthen its relationship with Jumio after considering and testing various KYC vendors at scale using a range of ID types and identity scenarios. They continued with Jumio based on a number of decision criteria, which included meeting the established service level agreement (SLA), overall verification accuracy and the supporting user data that informed the final verification decision.”

“Digital transformation is imperative for emerging banks and fintechs seeking to keep up with the needs of consumers, which is why it’s so important to adopt an automated KYC process. We’re thrilled that Monzo continues to partner with us and trusts Jumio to execute this essential step while also creating a streamlined onboarding experience for their ever-growing number of new users.”

“As Monzo continues to grow and pursue new markets, we know that Jumio will scale with our business and continue to provide an essential service — helping Monzo create the best-possible experience for our banking customers while fighting financial crime.”

The extension of the partnership with Monzo comes just one month after the Securities and Exchange Commission (SEC) charged the founder and former chief executive of Jumio with defrauding investors. The former CEO of Jumio, Daniel Mattes, has agreed to pay more than $17 million to settle the charges. According to the SEC, Mattes “grossly overstated Jumio’s 2013 and 2014 revenues and then sold shares he held personally to investors in the private, secondary market.” Mattes apparently gained $14 million by selling shares – a sale he hid from investors and the board.