PaySend, a UK-based global payments platform, announced earlier this week it was launching its services in Sri Lanka. Those who are interested in money transfers to Sri Lanka you can send funds from Europe, Great Britain, Russia, Canada, Australia, Mexico and other countries available on PaySend. The company also introduced money transfer services to more than 30 European countries. 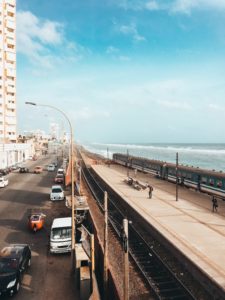 As previously reported, PaySend was founded in 2015 and describes itself as a UK fintech company and payments disruptor on a mission to change how money is moved around the world. The company claimed its the next generation money transfer platform that allows users to send funds from card to card from 40 to more than 60 countries. The company revealed:

“The choice is yours: transfers to bank cards at a fixed low fee as usual, transfers to banks accounts absolutely FREE now. Plus, we offer great exchange rate to the local currency – Sri Lankan Rupee.”

The launch in Sri Lanka comes just a few months after Paysend surpassed 500,000 customers. PaySend team stated at the time:

“Half a million smiles, half a million stories, half a million dreams! We are happy to share that more and more people all over the world choose PaySend to send money to their loved ones. Thank you for your trust in us – together we will build the best money transfer service on this planet!”

“We are excited to launch this new product and offer our valued customers a choice of sending money either to a card or a bank account in any European country. Transfers to bank accounts will allow our customers to make euro payments across Europe as easily and efficiently as they do today within their own countries. Effectively we are eliminating cross-border payments in Europe by making all of them domestic.”