The President of Germany’s central bank, Jens Weidmann, has warned that implementing central bank digital currencies (CBDCs) could lead to the destabilization of global financial systems, especially during times of fiscal crisis. The warning came during a speech delivered at the opening of the Bundesbank Symposium “Payment Transactions and Securities Settlement in Germany in 2019.” 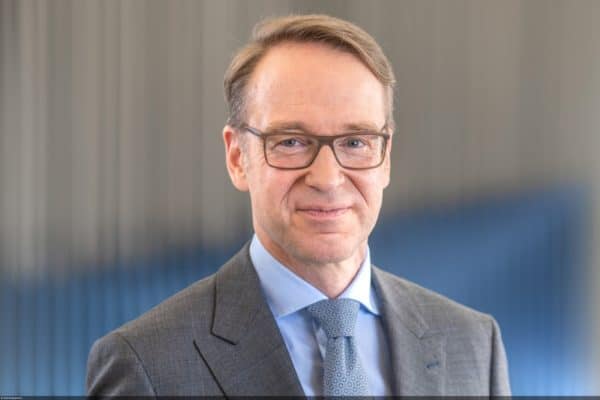 Wiedmann had this to say:

Reuters noted that Weidman, is “…an influential voice on the European Central Bank’s Governing Council,” adds his voice to a growing chorus of central bankers who have made similar warnings.

In March, the General Manager for the Bank for International Settlements (BIS), Augustin Carstens, presented a detailed case against the creation central bank digital currencies while delivering the 2019 Whitaker Lecture at the Central Bank of Ireland.

In short, Carstens, a respected economist and former Governor of the Bank of Mexico, argued that digital tokens/”blockchains” do not outperform current monetary systems and that central bank involvement in retail banking/ lending would worsen bureaucracy and increase instability.

Essentially, by creating a CBDC, central banks would be wading into the territory of commercial banking, something they are not qualified for nor suited to doing:

“…(The) issue has to do with the division of labour between commercial banks and the central bank. The central bank is a public institution charged with ensuring that inflation is under control, the economy runs smoothly and the financial system is sound. Commercial banks are private businesses that thrive by attracting and serving customers. They need a different mindset, constantly innovating.”

According to paraphrasing in Reuters, Weidman also claimed that CBDC’s, “… would fundamentally change the business model of banks.”

Weidman also warned that, in times of financial instability, CBDCs might inspire citizens to dump standard currencies and void bank accounts in favour of holding value in CBDCs.

Carstens made a similar contention in his Dublin speech, stating that CBDCs could dangerously facilitate runs on the bank and creation of secondary currency markets:

“We know from historical experience – especially in emerging market economies, but also advanced economies – that, during times of financial stress, money moves away from banks that are perceived as risky towards banks that are perceived as safer. So, money flows from privately owned banks to publicly owned ones, from domestically owned banks to foreign owned ones, and generally from weakly capitalised banks to strongly capitalised ones. In such scenarios, imagine that depositors also have the choice of putting their money in a digital currency of the central bank or in the central bank deposit account directly. It is not far-fetched to imagine that a premium would open up, where one euro of deposits in the commercial bank buys less than one euro’s worth of central bank digital currency.”

Carstens also advised against concentrating even more power in the hands of central bankers, who are directly beholden to the government.

Even in stable economies, as services at central banks increased due to CBDCs, so too would bureaucracy said Carstens:

Carstens ended his speech by downplaying the relevance of claims that CBDCs represent beneficial “innovation” in the case of central banks:

“The debate is not primarily about convenience and digitisation; rather, it’s about fundamental changes to both parts of the system that central banks oversee: money and payments. So far, experiments have not shown that new technologies would work any better than existing ones. There is no clear demand for CBDCs on the part of society. There are huge operational consequences for central banks in implementing monetary policy and implications for the stability of the financial system.”