Researchers writing for the Columbia Law School blog have found that many speculative and established companies that promised to develop blockchains between 2009 and mid-2018 “stimulated investor attention,” but that, “Few firms…developed successful blockchain projects.”

The researchers begin by recalling that: 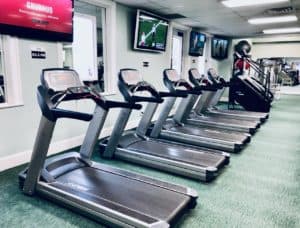 The researchers say they set out to test Clayton’s contention and determine whether “firms opportunistically disclose their blockchain activities” to induce a favourable investor response.

A sample of 82 company’s public disclosures was reviewed to determine whether or not, “the company…(has) a significant commitment to or a track record in blockchain technology.”

If no, the company was labeled ‘Speculative’:

“Speculative firms are more likely to mention blockchain in a vague way and issue blockchain 8-Ks in the context of board member changes, future plans, developments involving subsidiaries, or investments.”

Researchers plotted, “initial blockchain disclosures as well as the Bitcoin price on a quarterly basis,” and found:

“Blockchain disclosures and Bitcoin price move together (with a small lag) over time.”

Speculative firms accounted for a majority of 8-K blockchain announcements made at the top of the last Bitcoin hype cycle:

Managers often induced the response they were looking for, at least in the short term:

“In Figure 3, we observe a strong initial reaction to the blockchain 8-Ks for the Speculative firms while the positive initial reactions are mostly reversed within 30 days. Such evidence supports the concerns of the SEC and the financial press that investors overreact to a firm’s first 8‑K disclosure of a potential foray into blockchain technology.”

As a result of “blockchain mania,” some more mainstream and crypto-reticent investors were nonetheless eager to get involved with the sector indirectly- through publicly-traded equity securities.

“Given the strong demand but limited supply of equity securities in blockchain-related firms, investors are willing to pay a higher price to purchase the stock of such firms. That fuels further demand as stock prices of blockchain firms enter a positive spiral in which high prices paid by investors drive up returns, which in turn drives more demand for the stock of such firms.”

In “Riding the Mania of Blockchain: Public Firms’ Speculative 8-K Disclosures,” the Columbia researchers refrain from telling investors to avoid investing in blockchain development or deployment, but end the report by noting the relative dearth of delivery in the cases investigated.