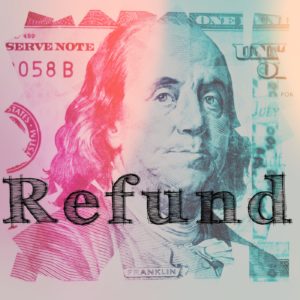 This is something you do not see that often – a company offering to buy back all of the tokens (CLN) issued in an initial coin offering.

Colu DLT, a subsidiary of Colu Group based in Gibraltar, has issued a release stating it will “voluntarily offer to purchase the entirety of tokens sold during an ICO.”

The Colu Group claims that it has seen growth in partnerships with municipalities across the world, and it is focusing on municipalities and city partners, rather than “building local community blockchain platform.” Colu sited “regulatory and technical challenges” to the CLN platform which caused the offer to repurchase the tokens. The company did not provide specific details on the challenges.

“Colu cited its sense of responsibility towards token holders, including those who participated in the token sale. In recent months, the Colu Group has seen extensive growth in its work with municipalities across the globe, including significant opportunities which it wishes to pursue. However, the CLN platform which Colu DLT had been developing and supporting poses both regulatory and technical challenges to this work. Colu Group has decided to align its operations accordingly.”

“Colu DLT has already received support for the move from all its largest CLN purchasers from the original presale, which accounted for more than $17M. As a one-time act, the company will now look to acquire the entirety of tokens as issued during the ICO crowd sale period or purchased on the secondary market, amounting to approximately 54 million tokens. Colu DLT will purchase the tokens in Ethereum, which was the, in line with the issuance arrangements during the ICO, at the original crowd-sale ETH to CLN rate, which is higher than the current market exchange ratio. Once the process is completed, Colu DLT will ‘burn’ the tokens purchased, rendering them worthless.”

A dedicated website is planned to facilitate the purchase. Only purchasers that which go through a KYC/AML process will be accepted. Some countries are excluded from the repurchase program including the United States, Canada, and South Korea. The purchase process is expected to commence in October and plans to be open for 90 days.

The Colu Group says it is currently operating in the UK, Israel, and Gibraltar. Colu seeks to create a local currency utilized by communities to drive economic interaction. The tokens may be distributed to “reward residents for good deeds.”

“Colu DLT’s decision to purchase CLN tokens appears unprecedented in the industry. It demonstrates how the Colu Group’s core values guide its actions. The Colu Group is focused on fostering relations between municipalities, local businesses, residents, and other city stakeholders. These relationships rely on the very same kind of trust and consideration, which is now being shown towards CLN token holders. It is wonderful to see the Colu Group following their ethical standards not just in words but in action.  Such acts of giving up profits for the benefits of customers, partners, and investors are crucial to this tech sector if we want it to continue to evolve and grow.”

Colu DLT’s Chairman of the Board of Directors and co-founder of the Colu Group, Amos Meiri said their vision remains unchanged.

“As a technology which inherently builds trust between people, we believe that blockchain may yet help to achieve this in the future. That is why we initially issued the CLN tokens and invested in developing a platform, which we envisaged would support a network of local cryptocurrencies.”

Meiri said that regulatory clarity remains an issue for the company to operate in the regions where they want to form local partnerships to issue a city currency.

Colu Group said that recent projects in Belfast, and the issuance of a Belfast Coin, and in Tel Aviv-Yafo, issuing TLV Coins, have not utilized blockchain technology.