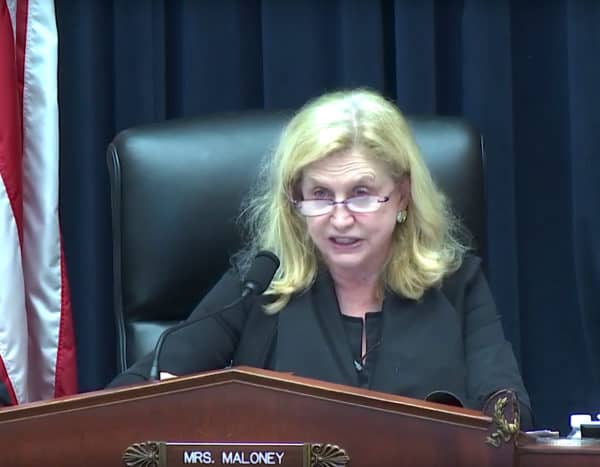 Yesterday, the House Financial Services Subcommittee on Investor Protection, Entrepreneurship, and Capital Markets held a hearing entitled “Examining Private Market Exemptions as a Barrier to IPOs and Retail Investment.” The hearing saw a debate on the merits of private securities exemptions, such as Reg D, Reg A+ and Reg CF, along with other topics impacting capital markets. Importantly, the topic of the definition of an accredited investor was part of the discussion.

The Subcommittee, Chaired by Representative Carolyn Maloney, posed the question about the impact of private securities exemptions and the impact on public markets. “Should we reverse course?” the Congresswoman asked.

“In 2000, private assets under management totaled less than $1 trillion. That figure has since skyrocketed to over $5 trillion today, and recent research has indicated that private markets are growing at more than twice the rate of their public counterparts. This enormous shift from public to private markets will undoubtedly have a wide range of impacts on all types of investors across America. I am particularly interested in hearing more about the effects of the increasingly favorable regulatory environment for private markets, the impact that it is having on when and whether companies decide to go public, and what this means for investors.”

The witnesses at the hearing included three academicians, a state securities regulator, and a practicing attorney.

Several pending acts of legislation were included as part of the hearing docket including bills that would create a venture exchange and one that would allow SPVs for Reg CF offerings.

Testifying on behalf of the Subcommittee were: 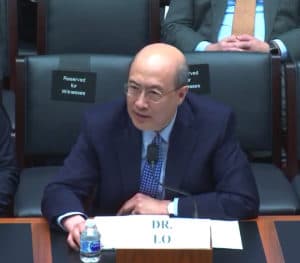 Dr. Lo has been an entrepreneur in the past and thus benefits from boots on the ground experience as to the challenges of early-stage capital formation. Ellenoff is a well-known advocate for crowdfunding and access to opportunity for smaller investors.

“A broadening of the accredited investor pool through changes in Regulation D to include family offices and professional experts would allow these investors to participate in private offerings. In the same vein, market innovations like crowdfunded vehicles and venture exchanges would allow small and speculative enterprises to reach a greater number of investors. The Crowdfunding Amendments Act,6 sponsored by Representatives McHenry and Waters in the 115th Congress, and the Main Street Growth Act,7 sponsored by Representatives Emmer and Gonzalez in the 116th Congress are intended to allow exactly that.”

Dr. Lo expressed his viewpoint that increased access to capital is vital for innovation to take place. Innovation is “vitally important” for the “real” economy, explained Dr. Lo. But the innovation cycle requires investment, and this investment comes from the financial economy and he supports legislation that improves this access to capital. 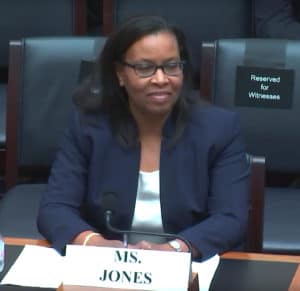 Dean Jones, on the other hand, saw an emerging market of exceptional risk being driven from the private capital markets. According to her testimony:

“Changes in the structure of private securities markets and recent legal reforms have rendered these corporate housekeeping exercises unnecessary. As a result of changes in the markets, a new class of unaccountable unicorns has emerged. The growing number of unicorns pose new risks for investors and the public that existing corporate governance structures cannot adequately address.”

Jones believes that “regulatory safe harbors have strayed from their statutory moorings.” Legislation like the JOBS Act of 2o12 “expose unsophisticated investors to high-risk investment schemes.”

The rapid growth of “Unicorns” is not a positive occurrence for capital markets in her opinion. Citing examples such as Uber, Theranos, WeWork and more, Jones believes the private markets have become too founder-friendly.

Pieciak, who recently exited his leadership role as President of NASAA, said that legislative changes, such as the JOBS Act, made it easier for companies to raise money outside the registration framework and further reduced incentives for companies to go public. The expansion of private offerings has “created significant new policy challenges for Congress, as well as for state and federal securities regulators.”

“… the lack of transparency and accountability in the private markets’ cuts against the efficient allocation of capital. The fact that valuations of so-called unicorns and other private companies often do not hold up when the companies go public is evidence that capital has not been efficiently allocated, as are outright frauds such as Theranos,” stated Pieciak in his prepared remarks.

Regarding Reg A+, a crowdfunding securities exemption that pre-empted state review, Pieciak is not a fan.

“Increasingly, as securities exchanges and investors lose confidence in the companies that use Regulation A+, the premise of these hybrid offerings seems dubious and unlikely to succeed,” Pieciak said. 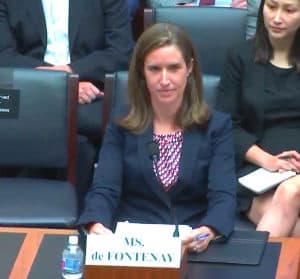 Professor de Fontenay largely concurred with Dean Jones stating that over the last few decades Congress and the Securities and Exchange Commission has “largely deregulated capital markets.” de Fontenay also criticized a move to alter the definition of an accredited investor to allow less wealthy investors to participate in private securities offerings.

Changes to the definition would “exacerbate the very problems they proport to address,” de Fontenay said. The Professor believes smaller investors would do materially worse in the private markets than the public markets for a “host of reasons.”

Ellenoff, on the other hand, countered many of the assertions made by some of the witnesses, including those advocated by Dean Jones and Prof. de Fontenay.

Ellenoff is not only the founder of his namesake law firm but he is also the co-founder of the Legaltech iDisclose/LawCloud, co-founder of GUARDD – a development stage Legaltech, and counsel to the Association of Online Investment Platforms (AOIP).

Pointing to the cause of the rise of private capital markets, Ellenoff said the cost of being public was simply too burdensome:

“Compliance costs are causing companies to remain private substantially longer than previously … Compliance is unquestionably complex and, in many cases, unclear. While regulators generally are available to provide guidance on how to proceed in a manner that they are comfortable with, there is inconsistency at times. Much of this is just human nature, but creates tension in the system and gives pause to businesses that are considering becoming public in the U.S., or remaining public. In a global market, we need to recognize that our securities laws and how they are interpreted are being assessed around the world to determine if we are a hospitable and beneficial place to entrust their capital formation and trading.” 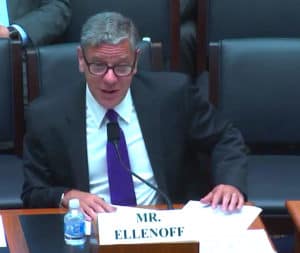 Regarding access to private markets by smaller investors, Ellenoff believes that expansion of access is a positive goal if done in a responsible manner.

“I would point out though that while securities regulators seem to be in the business of protecting investors from themselves, they are also disenfranchising those same people from the basics of capitalism. Yes, they can invest through the public market but that isn’t the same. Providing capital to an entrepreneur with an idea you believe in is compelling, even if it fails. Preventing someone from being included in the grassroots of entrepreneurship should be done reluctantly because it causes further divisions even if they should be protected.”

During the question and answer portion of the hearing, many Representatives were supportive of concepts regarding the expansion of private markets and access by a wider audience of retail investors. Some were outright hostile believing the government should seek more control.

The Subcommittee hearing comes at an important time as the SEC is in the midst of a “concept release” (akin to a consultation) regarding questions of regulatory harmonization and an update of the accredited investor definition to allow sophisticated investors to participate in a greater number of private offerings.

The size of the private market is now significantly larger than the public markets. Clearly, this shift has been driven by market forces and past acts of Congress and added regulation. Innovative entrepreneurs will always seek the path of least resistance (IE cost). Additionally, big money, mainly venture capitalists, has learned how to jump ahead of the IPO queue to generate outsized returns. It is also clear, as Dr. Lo outlined, that a robust capital market must be nurtured to ensure a vibrant and robust economy that creates wealth and innovation. This is strategically consequential and an important policy goal.

The other part of the debate has to do with policymakers that believe it is the role of the government to save people from themselves and the poor decisions they may potentially make. Or, perhaps, the opportunity to invest in promising young firms should be democratized – if an investor is defined by their acumen rather than the size of their bank account.

The video of the hearing may be viewed here.